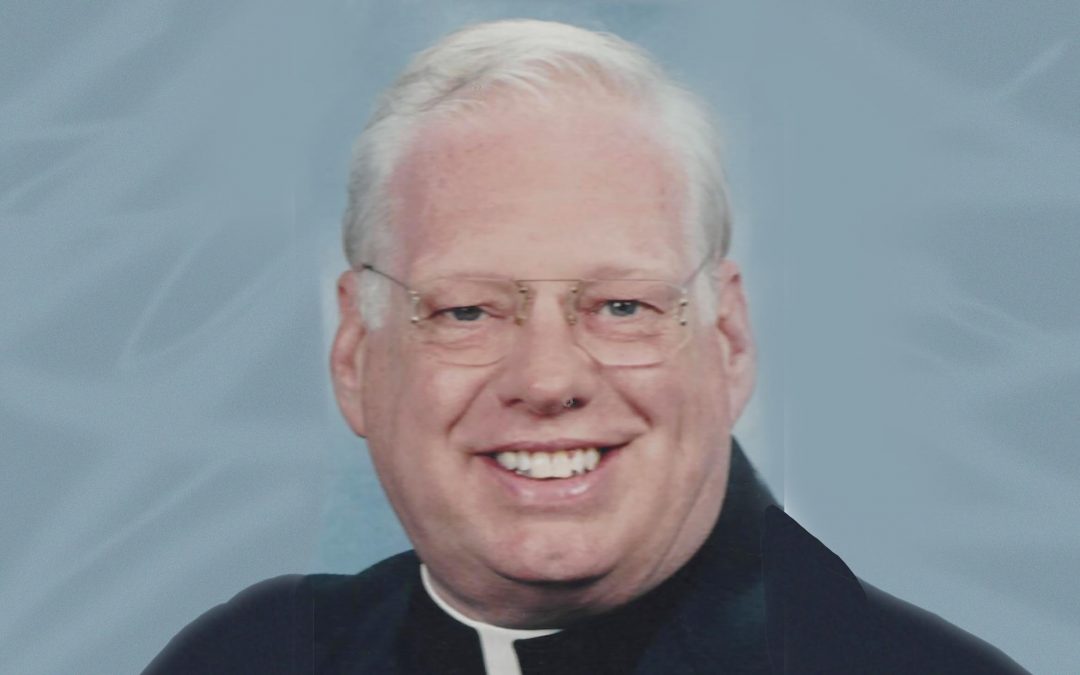 He pushed himself to serve despite illness, homilist says

Father Robert B. Stephenson was a devoted Catholic priest who served his parishes with love, a man who formed close friendships that spanned decades, and a hobbyist who enjoyed the everyday pursuits of golfing and fishing.

That is how Father Stephenson, 69, was remembered by friends and colleagues at his funeral May 9 at his home church of Holy Trinity, in Fulton.

“He was sensitive. Others came first,” recalled Father Michael J. Carmola in the homily. Father Carmola said Father Stephenson made sure to include children in Masses and homilies. And when the two priests visited the pediatrics floor at Upstate Medical University, Father Stephenson would spend time with the children, showing them love and caring. “All I could think of was a gentle giant,” Father Carmola said.

“He enriched our diocese,” Father Carmola said. Ordained in 1978, Father Stephenson served parishes in Binghamton, Fulton, Oswego, Syracuse, Tully, Otisco, Pompey, and LaFayette. He served the Chancery as director of Catholic Charities from 1987 to 1999. He retired last year.

“The last few years were heavy and hard,” Father Carmola said. “He suffered, suffered, suffered. But he pushed himself. He practiced what he preached as he struggled through Masses.” Sometimes, he was so ill that he could not finish a Mass.

“You were so supportive of him. You made him feel loved and cared for. You were everything a Christian community should be,” Father Carmola told the people who filled the pews at Holy Trinity. Father Stephenson died May 4 at St. Luke Residential Health Services, in Oswego. Among the mourners were older folks and young adults with babies.

Father Stephenson wanted to thank everyone at his funeral Mass. He wanted his family and friends to know how much he loved them.

“Most of all, I thank God for the ministry he shared with me,” Father Stephenson told Father Carmola to say.

But he also was full of life. “He was an all-around guy,” Dennis Molter said after the funeral service. Father Stephenson was close friends with Dennis and Georgianne Molter, of Binghamton, for 35 years. He and Dennis went fishing in Canada. They played golf. And, “he helped me through a tough time,” Dennis Molter recalled.

“He was a wonderful priest,” said Larry O’Brien, of Oswego, after the funeral. Although O’Brien didn’t belong to the parish where Father Stephenson served, he was moved by the priest’s dedication.

“We are thankful for the example he gave us,” Bishop Robert J. Cunningham said of Father Stephenson toward the end of the funeral service.

“Thank you for giving your life to Jesus and to all of us,” Father Carmola said to Father Stephenson during the priest’s funeral homily. “Today we come to say goodbye. But in faith we say, ‘We’ll see you later, Bob.’”