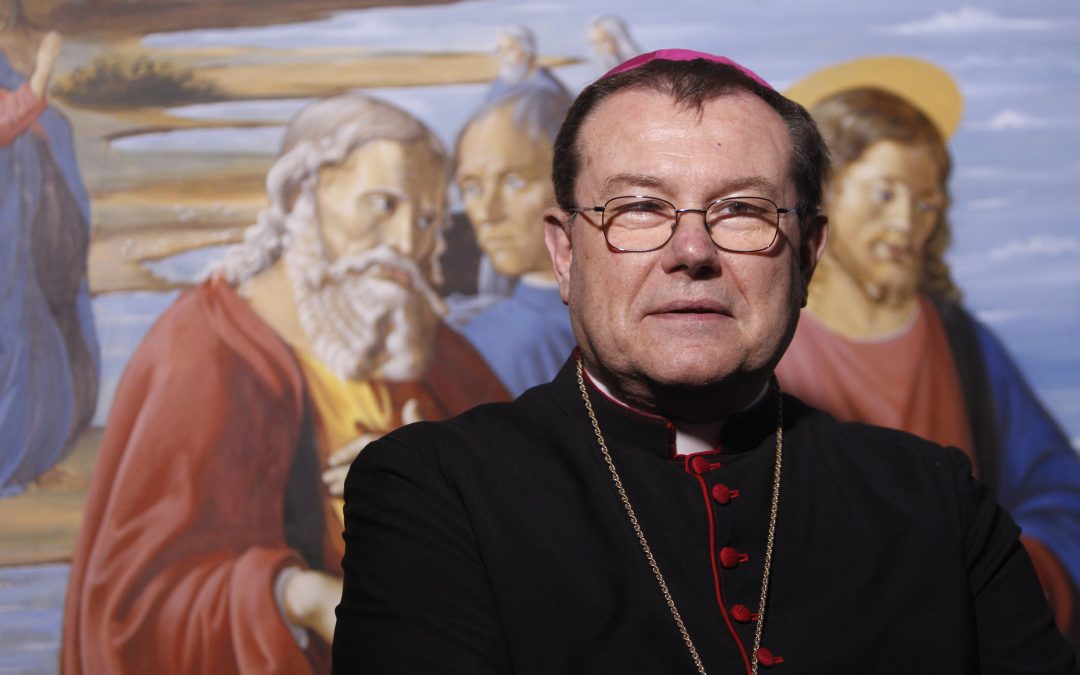 MOSCOW (CNS) — Catholics across Russia are celebrating the centenary of the 1917 apparitions of Mary to shepherd children in Fatima, Portugal.

According to one of the children, Sister Lucia Dos Santos, Mary asked for a special consecration of Russia to prevent the country from disseminating its “errors throughout the world,” a phrase now-retired Pope Benedict XVI interpreted as referring to communism.

Mary promised that Russia would “be converted” if her request was heeded, and Catholic Archbishop Paolo Pezzi of Moscow said he had witnessed this conversion in his lifetime.

“I thank our God that I became one of the witnesses of the return of Russia to Christ,” he said. But “we should not interpret Our Lady of Fatima as foretelling Russia’s conversion to Catholicism.”

Mary “still calls Russia to convert to Christ, but she did not say what form this conversion should take,” the archbishop said.

Though Russia has no official state religion, the majority of Russians identify with Eastern Orthodoxy, a branch of Christianity that has not been in communion with Rome for nearly a thousand years.

According to a recent study from the U.S.-based Pew Research Center, less than 1 percent of the Russian population identifies itself as Catholic.

Archbishop Pezzi said the Catholic Church’s minority status in Russia is actually one of its greatest assets for evangelization.

A Catholic in Russia “cannot base his faith on the tradition of the majority or on governmental support,” Archbishop Pezzi said. “This situation is a joyful opportunity for us: We can be defenseless witnesses of our faith.”

After an evening Mass at the Cathedral of the Immaculate Conception in Moscow in early summer, the Italian archbishop spoke to Catholic News Service about the challenges of living the Catholic faith in modern Russia.

“Russian Catholics sometimes feel themselves not so welcome. Ordinary people have the idea that if you are Russian, you ought to be Orthodox,” Archbishop Pezzi said.

“But I think that Russian Catholics should not feel hurt” by such sentiments, he said. On the contrary, “it means that they should show in their own life that Christianity can penetrate into all cultures and all nations.”

Of the estimated 250,000 Catholics registered in the Archdiocese of Moscow, the archbishop said, probably only 10-20 percent are actively practicing the faith.

Part of the challenge of encouraging a Catholic renaissance in Russia is administrative: Because the government favors Orthodoxy, the work of opening a new parish can be met with bureaucratic roadblocks.

“There is freedom, but there are also hardships,” said Father Aleksandr Burgos, a priest based in St. Petersburg but originally from Spain. “In some cases, there is some pressure. I serve in St. Petersburg, a city with a tradition of tolerance, so for us it is easier than it is in other parts of Russia.”

Father Burgos had recently filed an application to register his fledgling parish with the government, a process that he expected to take up to three months. If denied, his Catholic community will not be able to enjoy “full freedom.”

Father Burgos said he consoles himself with the knowledge that “in the 19th and 20th centuries, the situation was worse.”

But Father Burgos’ parish may be placed under particular scrutiny by the government for the sole reason that it is Eastern-rite Catholic and almost indistinguishable from an Orthodox parish, except for being in union with Rome and praying for the pope at Mass.

Father Burgos belongs to the small Russian Byzantine Catholic Church, whose members celebrate the Byzantine liturgy and live the faith according to Eastern Christian traditions.

“We serve according to this rite because we think that nearly everything in the Orthodox tradition is very good,” Father Burgos said. “And of course it is important for Russian Catholics who wish to celebrate liturgy according to their national tradition,” since the majority of Russian Christians have always followed the Byzantine liturgical tradition.

According to Father Burgos, the Vatican supported the development of the Latin rite in Russia but decided that the restoration of the Byzantine Catholic rite in modern-day Russia could be “misinterpreted by the Orthodox.”

The Vatican has agreed that partial reunions are not a model for ecumenism, but insists the Eastern Catholic churches have a right to exist and to provide for the pastoral care of their faithful.

“This year we celebrate the 100-year anniversary of our exarchate,” Father Burgos said, “so I think that possibly the time has come” for the Vatican to re-establish it officially.

“I don’t think that our little church will disturb anyone,” Father Burgos said. “We do not need a huge cathedral, just a small chapel and an official registration to give our people the opportunity to pray and to feel themselves to be Russian citizens.”