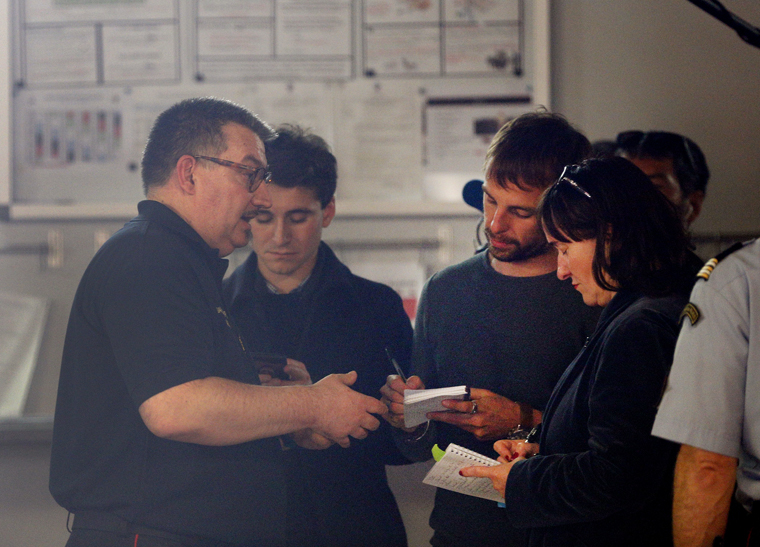 PARIS (CNS) — A hero emerging from the Notre Dame Cathedral fire April 15 is Father Jean-Marc Fournier, chaplain of the Paris Fire Brigade, who is credited with saving a reliquary containing the crown of thorns and the Blessed Sacrament from the burning cathedral.

The fire chaplain reportedly demanded to be allowed into the cathedral along with firefighters to retrieve the cathedral’s relics.

“Father Fournier is an absolute hero,” a member of the Paris fire department told reporters April 16, adding that the priest showed “no fear at all as he made straight for the relics inside the cathedral, and made sure they were saved. He deals with life and death every day and shows no fear.”

The priest was said to be at the top, or “hot end” of the human chain that included city workers and church caretakers who entered the burning cathedral to save irreplaceable religious items and pieces of art.

French Culture Minister Franck Riester said the saved items include the crown of thorns said to have been worn by Jesus before his crucifixion and a tunic once worn by St. Louis in the 13th century.

During the night of April 15, before the flames were extinguished, Paris Mayor Anne Hidalgo tweeted an image of the saved artifacts that were initially transferred to the city hall before being moved to the Louvre.

“Thank you to the Paris Fire Brigade, the police, and municipal agents who made a formidable human chain to save the works of Notre Dame,” she said, noting that the crown of thorns, the tunic of St. Louis, and several other major works “are now in a safe place.”

The next day, people began to find out more about the heroic fire chaplain involved in this rescue.

According to news reports, he served with the French armed forces for seven years and during that time he was deployed in Afghanistan where he survived an ambush that killed 10 of his fellow soldiers.

The priest also provided spiritual guidance — praying over the dead and comforting the wounded — four years ago after the terrorist attack at the Bataclan music club in which nearly 100 people died.