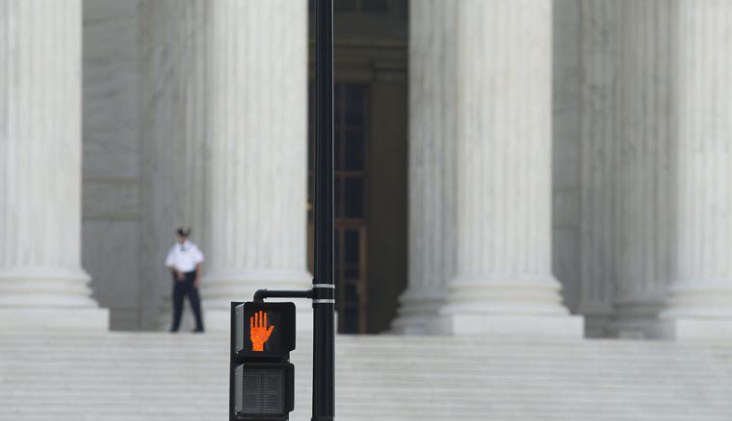 Barronelle Stutzman, the owner of Arlene’s Flowers in Richland, Washington, declined a customer’s request to make custom floral arrangements for a same-sex wedding. She cited her belief against such marriages as a Southern Baptist.

“We are pleased that the high court has reaffirmed the importance of governmental respect for the religious freedom of Barronelle Stutzman, consistent with its recent decision in favor of Jack Phillips,” said Joan Mannix, special counsel for the Thomas More Society, a national nonprofit law firm dedicated to causes related to life, the family and religious liberty.

Phillips, owner of Masterpiece Cakeshop in Colorado, is the baker who refused to make a custom cake for the wedding reception of a same-sex couple. He said his religious beliefs would not allow him to create a cake honoring their marriage. The case put anti-discrimination laws up against freedom of speech and freedom of religious expression.
“The high court has always supported the idea that an artist’s self-expression is protected,” Mannix added in her statement about Arlene’s Flowers.

“Barronelle Stutzman’s custom floral arrangements are designed to deliver an expressive message, consistent with the personalities of the couple, approving of and celebrating their marriage, and are therefore entitled to First Amendment protection,” she continued.

“The high court’s decision in favor of this small-town florist reaffirms the high court’s commitment to the protection of First Amendment freedoms including the freedom of speech and the free exercise of religion,” she said.

The Thomas More Society submitted a friend-of-the-court brief that emphasized precedent in which both the Supreme Court and the Court of Appeals have recognized that the First Amendment protects artistic expression, including nonverbal art forms.

The florist has repeatedly said Ingersoll was a longtime customer. She knew he was gay and had never denied him service on other occasions, but when he requested arrangements for his wedding, she referred him to other florists.

In 2015, the trial court found that Stutzman violated the Washington Law Against Discrimination and the Washington Consumer Protection Act. According to news reports, she was ordered to pay a $1,000 fine, actual damages in an undetermined amount, and attorneys’ fees and costs reportedly totaling hundreds of thousands of dollars.

In the Masterpiece Cakeshop case, the Supreme Court handed down a 7-2 decision June 4 siding with a Phillips.

Justice Anthony M. Kennedy, writing for the majority, said the Colorado Civil Rights Commission had violated the Constitution’s protection of religious freedom in its ruling against the baker, who refused to make a wedding cake for the same-sex couple based on his religious beliefs.

Phillips did not refuse service to the same-sex couple; he just said he would not make them a wedding cake. He also has turned down requests to make cakes celebrating divorce or Halloween.