For Guardian Angel Society, helping kids is a ‘sweet’ celebration 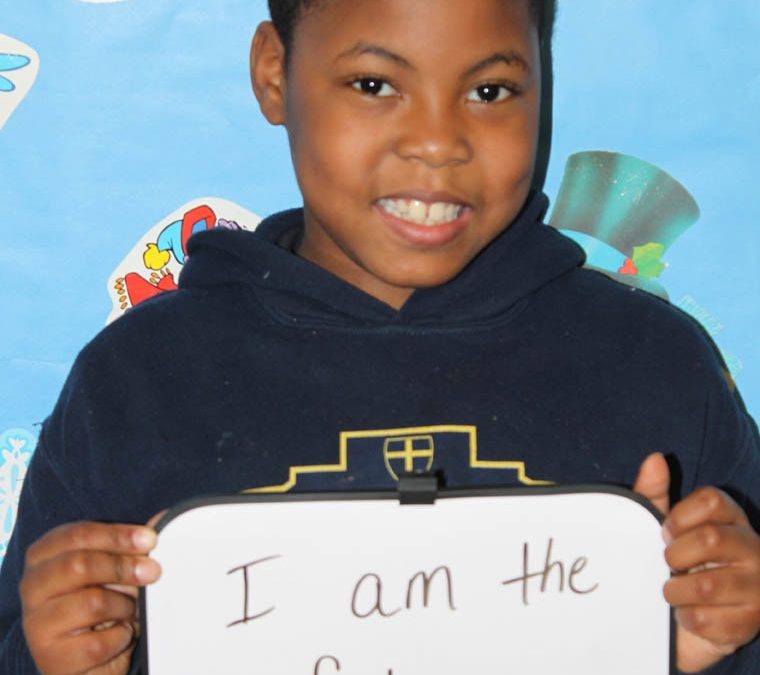 Brooklyn-based business entrepreneur Lawrence Denson doesn’t mince words when explaining how his life has been blessed by Msgr. Joseph Champlin and the Guardian Angel Society.

“Without the help of the Guardian Angel Society I don’t think I would’ve ever had the chance to go to a school like CBA (Christian Brothers Academy), which laid down the educational foundation I needed to survive in any workplace,” stated Denson, a 1997 graduate of Cathedral School, a 2004 graduate of CBA, a 2008 graduate of Notre Dame University and one of the first students to benefit from Father Champlin’s Guardian Angel Society.

Over the past 17 years, the Guardian Angel Society has helped Denson and hundreds of students complete their elementary, junior high and high school Catholic school education by offering tuition assistance, mentoring, tutoring and emotional support.

“The model was started by Father Joseph Champlin,” explained Kathy Fedrizzi, executive director of the Guardian Angel Society. “Father Champlin was concerned with the low high school graduation rate for students at or below the poverty level and wanted to somehow stop the cycle of poverty and steer kids toward academic success.”

Father Champlin’s program, which focused on providing not only tuition assistance to students in need, but also educational support through mentors and tutors, officially launched in November 1997 at the then-active Cathedral School on Montgomery Street (now the editorial offices of The Catholic Sun). To help execute the program during its start-up phase, Father Champlin hired Fedrizzi as a temporary employee.

“We weren’t sure exactly how the future of this two-fold approach would go, but Father Champlin told me this would be a six-month temporary position and we’ll see what happens,” laughed Fedrizzi. Seventeen years later, Fedrizzi is now the executive director and oversees two part-time employees, Michelle Lester, marketing and development coordinator for the Society, and Catherine Ranieri, educational program coordinator, as well as many volunteers.

The Cathedral School later merged with Our Lady of Pompei School on North McBride Street in Syracuse to become the Cathedral Academy at Pompei (CAP), which serves grades K-6. Parents/guardians of CAP students in need can receive financial assistance for their children to attend the school and continuing assistance to attend Bishop Ludden, Bishop Grimes and CBA (grades 7-12) by filling out an application. Families must meet the program’s financial criteria and also be able to commit to paying some portion of the tuition based on their income. The Society also provides a summer mentor and tutor program, led by Catherine Ranieri and held at St. Vincent’s Parish, which focuses on math and literacy along with some enrichment activities.

This program is especially vital to helping the students’ transition from elementary into junior high.

Father Champlin passed away in January 2008, but before he died he was able to see the fruits of his labor take shape through the successful efforts of the Guardian Angel Society.

“Working for him was a blessing,” stated Fedrizzi. “He had a knack for bringing people together for a common goal. He was a genuine and sincere man and no one could ever say no to him if he tapped them on the shoulder to help.”

One of the ways Father Champlin encouraged others to help was through the Society’s “Sweet Cabaret” fundraiser. The annual event is celebrating its 14th anniversary on Feb. 7.  It was created by Father Champlin as a way to celebrate Valentine’s Day as a community. This year, the Le Moyne College Jesuit Community, a partner with the Society in providing teaching resources at CAP and working with the Society to address the needs of a diversified student body, will be honored at the Sweet Cabaret fundraiser.

The Society’s Sweet Cabaret event will feature dining, dancing, desserts and basket raffles for attendees and will be held at Drumlins Country Club. Fedrizzi hopes the event will raise $40,000 for the Society, which will go a long way to helping even more students, especially those from refugee families, excel on the road to success.

“When we started, it took $1,200 to send a student to Catholic school,” explained Fedrizzi. “Now it takes more than $4,000, which makes the job of raising support for the program that much harder. The money we raise goes toward providing students financial assistance and there’s a lot of sacrificing, a lot of fundraising and a lot of time that goes into this program. Our investment continues with the student when he or she graduates from CAP; we keep in touch through their junior high and senior high years and that makes a difference.”

Denson agrees the emotional support from the program through the years has been essential as he navigated through his academic years, his first job in financial services at Goldman Sachs, and now as a business entrepreneur, husband and father of an active one-year-old daughter. Denson is always ready to lend a hand to the Guardian Angel Society whenever the program needs him to speak about his experience to students.

“My father always told me that ‘For those who are blessed much, much is required,’ so it is always an honor to speak about my experiences with the Guardian Angel Society,” stated Denson. “I hope that other students will look at those of us who have gone through the program and say, ‘If they can do it, so can I.’ You never know what kind of abilities a kid might have inside; by giving them the ability to interact with their dreams and aspirations, you open the doors they wouldn’t experience elsewhere. I know if I had gone to a local public high school I wouldn’t have the friendships I have today or feel as comfortable with where I am in my life. Father Champlin and the Guardian Angel Society gave me that ability and it’s been a great honor and privilege to be part of the program.”

For more information on the Guardian Angel Society and its programs, contact Kathy Fedrizzi at (315) 422-7218 or visit the Society’s new website at www.GuardianAngelSoc.org. For more information on attending the Sweet Cabaret event on Feb 7 at Drumlins Country Club or placing a tribute ad, please contact Michelle Lester at mlester@GuardianAngelSoc.org or call (315) 422-7218.