Free organ concert slated for Sept. 29 at basilica in Syracuse 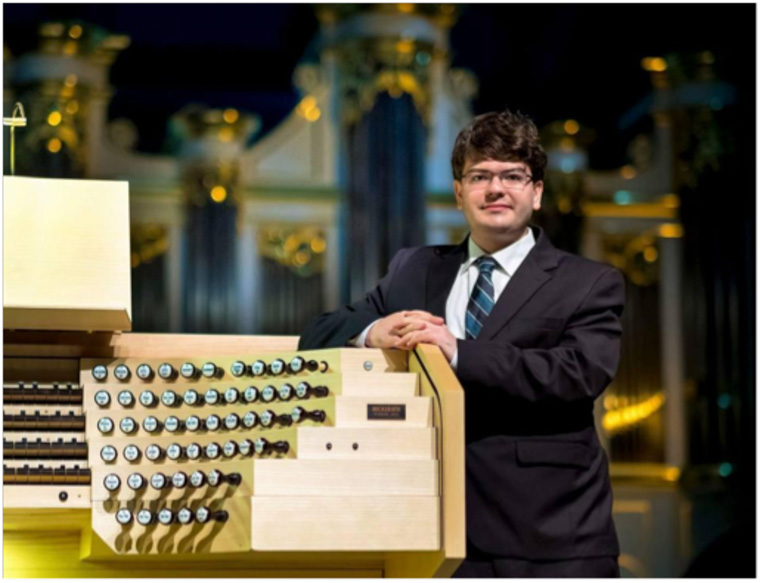 Organist and composer Dr. Jonathan Embry, music director at Most Holy Rosary Church in Syracuse, will offer a free world-class organ program 4 p.m. Sept. 29 at the Basilica of the Sacred Heart of Jesus in Syracuse.

He will be playing the basilica’s restored E.M. Skinner Opus 669 organ, which was built in 1927. The concert is open to the public.

He is a winner of the local Arthur Poister Organ Competition, held jointly by Syracuse University and the Syracuse Chapter of the American Guild of Organists. Also, he has won the Poister Award for Organ Performance presented by SU.

The program, at 927 Park Ave., will consist of classical pieces plus one of Dr. Embry’s own compositions.

He has performed in the United States and Canada. He has toured in Russia, playing concerts in five cities in July 2017 and in an additional five cities in November 2017. He was the international guest artist at the 2017 Annual Organ Festival in Kondopoga, Russia, and a featured artist at the Königsberg Cathedral in Kaliningrad.

He received a citation of gratitude from the Saratov Government for his Saratov Conservatory concert of popular music for disadvantaged youth. In August 2019, Jonathan performed recitals in three cities in Lithuania and in a Russian Music Festival in Kaliningrad.

Dr. Embry has received composition commissions in four countries. His Passacaglia op.4 received honorable mention in the chamber music composition division of the National American Prize competition. He recently completed a choral piece for the Shrine of St. Martin of Tours in Louisville and provided a piano and string trio for fundraising concerts sponsored by a Catholic organization in Taiwan. He is co-founder of the piano and organ Pas de Deux ensemble.

Outside of music, Dr. Embry is an avid roller coaster enthusiast. He also enjoys nature, biking, and walking.