Guided meditation on the seven last words of Christ 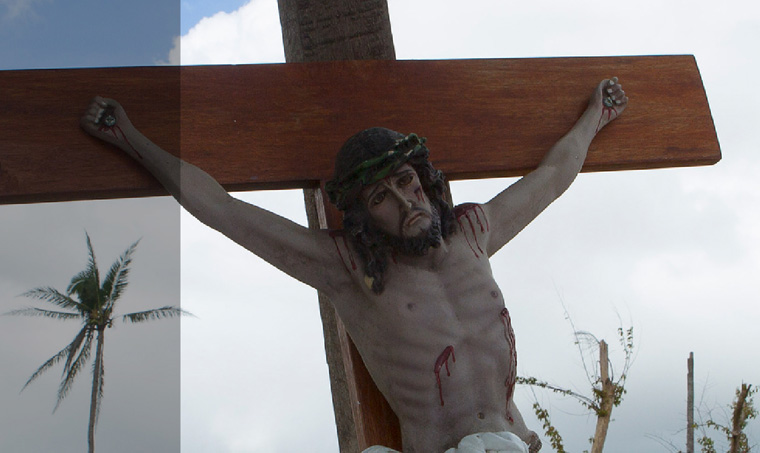 Holy Week invites us to walk through the sufferings of Christ. Christ said very little when he was betrayed. He did not attempt to defend himself, but “humbled himself, becoming obedient to death, even death on a cross” (Phil 2:8).

With so little said, Christ’s last seven words hold weight. A Jesuit priest in the 17th century is said to have started this devotion and it has become a well-loved tradition since. We contemplate not on a single word but these last seven statements said. During Holy Week, set some time aside to meditate on his precious words.

The soldiers who led Christ to the cross cast lots for his clothes, an unseemly “bonus” for their work. Even in the midst of his own suffering, Christ offered prayers for his tormentors, aware they were unknowingly fulfilling Scripture (Ps 22:18-19). Christ offers forgiveness even in his own pain.

Open our hearts to offer forgiveness when we are wronged. 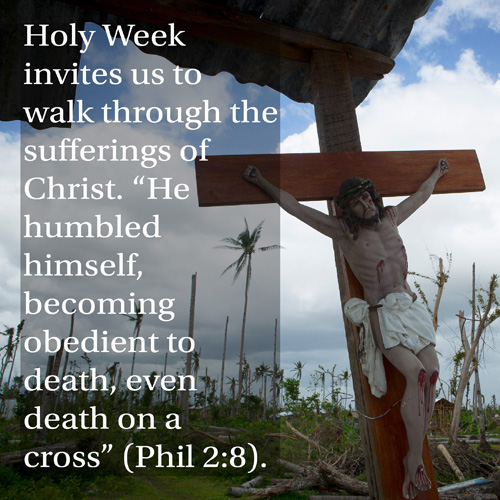 Two criminals are crucified on either side of Christ. One hurls insults at Christ but the other recognizes him for who he is. “Remember me” he calls out. Christ reassures the believer that he will be with him in paradise. Again, Christ offers forgiveness and compassion.

Teach us to comfort those around us.

Christ sees his mother, Mary, at the foot of the cross. He presents John the beloved disciple as her son, and to John, Mary as his mother. By this time, Mary was most likely a widow. Christ, as Mary’s firstborn son, was legally responsible for providing food and shelter for her. His death would have left her vulnerable, financially and emotionally. Some of Christ’s last words are to care for his mother.

Move us to compassion to see the needs of others.

The weight of the sin of the world has been placed on Christ and in this moment, he is completely abandoned by God, the Father. Sin separates us from the holy. Christ experienced that for us. The intimate relationship with God the Father he had his entire life was lost. The words used to convey the devastation of this abandonment is another fulfilment of Scripture in the language from Psalm 22.

Enlighten our hearts to the intimate relationship you desire for us.

These words of Christ remind us that not only was he fully God, which he showed by his ultimate forgiveness, but he was also fully man. Someone soaks a sponge in cheap wine and offers it to Christ on a hyssop stalk. Even though he had been battered, a crown of thorns pressed into his skull, nails hammered into his hands and feet, this is the only time he vocalizes his physical suffering. We will never know the pain he experienced on the cross, but we have experienced thirst. His words ground us in his human experience.

May we thirst for your living water.

Christ isn’t just saying his suffering is nearly over, death is upon him, but that his mission is complete. He had completed what he came to do, to lay down his own life, a ransom for the sins of all humanity so that we would no longer be separated from God. His words are one of ultimate surrender.

Reveal what I need to surrender to you.

The curtain in the Temple dividing the holy place and the holy of holies has been torn in half. That which kept us from God has been destroyed. Christ had been obedient to the Father, even till the end. Christ’s words clearly convey that this act was one of his own free will.

May obedience to you be our greatest desire.