He who dares to use the voice of an Irish saint 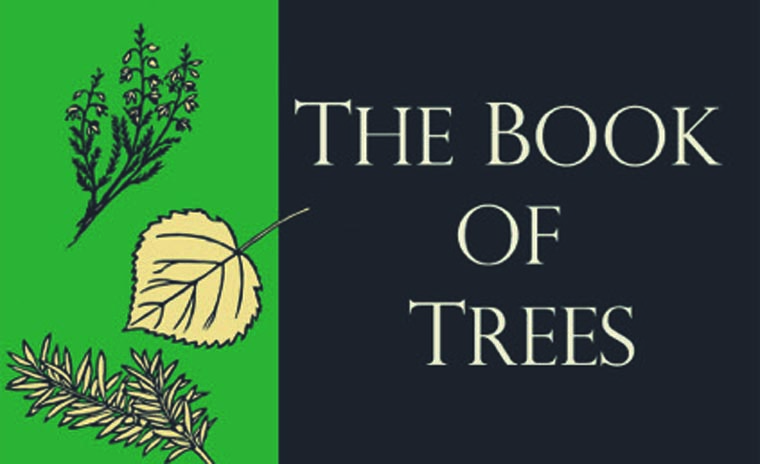 Award-winning poetry flows from a fascination with St. Columba 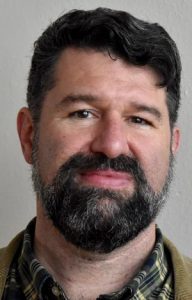 A local poet is so fascinated by the lore of Irish St. Columba that he adopted the saint’s voice — a holy echo — in his latest work, The Book of Trees.

The texture of the book’s cover is pleasingly leafy, but this is not a book to carry into the woods to identify deciduous vs. evergreen. Each of the 20 poems is named for a tree because the book bows to an ancient Irish alphabet that associated letters with trees.

The teetotaling St. Columba was a scribe, a poet, an abbot, and a monastery-builder in the sixth century. His contemporary voice, in this book at least, is Sean M. Conrey, Ph.D., an associate director of Syracuse University Project Advance, which trains teachers to teach college courses in high schools for credit. The academic setting that helped inspire The Book of Trees was a Le Moyne College leadership program.

The Book of Trees is unusual and captivating because its author … weaves words to construct a cloth that shows us Ireland’s trees. But they’re not just trees. Conrey’s birch, yew, elder, blackthorn and many more function as springboards to deeper explorations of prayer and spirituality as well as an introduction to an early Irish alphabet called Ogham script developed in pre-Christian days. … Conrey also risks construction of bridges between Ireland’s pagans and Christians instead of the usual “bad” and “good” dichotomy. The result is an enigma that can be savored and pondered just as one might do whilst resting on a stump in a real forest. … This book is no plain white bread; it is a hearty, crusty rye to be enjoyed and savored with butter and a pint.

In pre-Christian Celtic times, Conrey said, the druids were the wise people — wizards; magicians; lawmakers; judges; mystics who lived next to streams and looked into the future; farming experts; people who knew everything about everything.

“St. Columba actively advocated for, and personally oversaw, the preservation of much of this knowledge, though he had occasional run-ins with the druids, as well,” Conrey said. “Arriving at Iona in Scotland’s Hebrides islands, he found two pagan druids claiming to be Christian bishops who refused to leave, but he saw through their trick and he cast them out with the power of God.”

As they ventured into the wilds of Scotland talking to the Picts, St. Columba and his fellow monks could have been killed at any time. “That tells me something about his character,” Conrey said. “that he could go in, and without judgment, could talk to them on their own terms and find a way to speak to their heart.”

He added with a laugh: “You couldn’t come in with a lot of bombast to that crowd, you had to be a pretty humble guy, I imagine, to do that.” 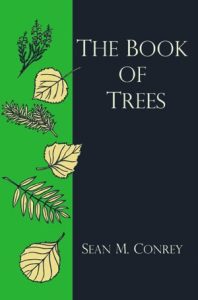 Conrey himself seems as calm as St. Drostan, whom he depicts in his poem “Aspen.” Conrey attended a Catholic school while growing up in a Franciscan parish in the suburbs of Louisville, Ky. The family moved to Michigan when he was 15 and he graduated from a public high school.

He then studied English, creative writing and comparative religion at Western Michigan University. He earned his master of fine arts degree in poetry from Purdue University and then earned his Ph.D. in rhetoric and composition — “which is how to teach people how to write, basically.”

“I’ve written poems since I was probably 15 years old, 16 years old,” Conrey said. A friend’s mother who was a writing professor at a community college thought he would be pretty good at writing poems. “I guess she was right,” he said with his characteristic short laugh. “I took her advice on that. So I’ve been writing poems ever since.”

Conrey walked away from Catholicism for about 20 years but got back into it seven or eight years ago; he was confirmed at Le Moyne in 2012.

Writing poetry, he said, “feels kind of like a vocation. It’s not a profession. I don’t get paid for it. … You publish a poem in some of the best journals, and you might make 25 bucks.” If he goes too long without writing a poem, he starts feeling “kind of off.” When he’s on, he is happy, if not necessarily rich from the poems.

He drafted The Book of Trees within four or five months and the poems     required few changes. He started writing just after his father died suddenly; also, he had found out that he was going to be losing a job that he had for a while. So he was asking some pretty big questions, he said, as he wrote the book, which he undertook as a project for Le Moyne’s Contemplative Leaders in Action program. The book could be viewed, he said, as an expression of “leadership in a spiritual way concerned with how to care for the environment,” a cause he has long championed.

As he wrote, he let the Irish saint of the day inspire him. At his side were the Bible and other reference works covering ancient times. And of course, inside him was the voice of St. Columba.

The book opens with a poem written by St. Columba himself in Scotland, as translated by Conrey. It includes this stanza: “That I may stare across the flood / and confess my name in private — / ‘He who turned his back on Ireland.’”

In explanation, Conrey offered this story:

St. Columba was involved in what possibly was the first copyright case. The man who later became St. Finnian had a copy of a psalter (the Book of Psalms), and he did not want St. Columba to copy it. St. Columba copied it anyway, and the two of them both got kings behind them and armies got behind the kings.

Thousands of men supposedly died in the battle over the right to copy a holy book. St. Columba was going to be excommunicated for that, but instead someone advocated for him to go into exile from Ireland. So he exiled himself to Iona, off the western coast of Scotland, where he largely spent the rest of his life. St. Columba said he would convert one person for every man who had died on the battlefield that day.

His travels around Scotland are pretty well documented, Conrey said, and St. Columba is actually the first person to ever talk about the Loch Ness Monster.

St. Columba set up monasteries all over Britain and Scotland. “He had plenty of smaller miracles too,” Conrey said, “according to the stories — small things like healing sheep and all kinds of things that he did along those lines.”

Healing a sheep may actually have been really important in those days. As Conrey says in the book’s afterword: “His was a dangerous and brutal world, even for a ‘man of God.’ Lives were short and constantly under threat of starvation, slavery, war and the elements.”

Conrey captures the challenging nature of those times in poems such as “Alder,” in which he writes of wind, water, “the shadows of the fire,” and “the earth underfoot.”

In “Willow,” he writes: “By God, look! / Out to sea a raft of shadow floats, / white spray catches brightly at its edge, / an unnamed brother gathers seaweed, / his robe wet in the surf, salt stains / like tree rings from days of such labor.”

The poem “Oak” evokes “wind-whipped, landlocked lakes,” fish traps, and “the moldy semblance of a crannog (a small, fortified island in ancient bogs).” The same poem conjures sounds: “the clap of horses, the rattle of chains, / a door slapped shut, / a mother calling her son.”

In “Holly,” Conrey writes of a stream’s miraculous pool that promises enough fish as long as one abides by an angel’s command to eat “but one each day.”

Religious imagery continues in “Vine,” in which “the Father is the gardener.”

“Ivy” offers not only powerful imagery — “cradled in the sea’s open palm and sometime fist” — but also this lesson: Never try to pull a prank on St. Patrick.

“Aspen” offers a great lesson in how to befriend a king (a miracle helps).

In “Elder,” we see “the sea’s cold crashing below.”

It was into the sea that a certain brand of martyr went. Although there were no “red martyrs” in Ireland, where the conversion to Christianity was bloodless, Conrey said, there were “white martyrs” who shoved off into the sea in  hide-covered boats with no sails and “let God take them wherever they were needed”; and “green martyrs” who “would go off into the woods to live as hermits, never to be seen again.”

The ecology-loving poet is not a green martyr, though: “I don’t have the kind of faith to be any kind of martyr, I don’t think. … I admire them, but I’m not putting much on the line, really. You push out to sea in a boat with no sail in it, you have a particular kind of faith that I can’t really fathom.”

POEM ON THE FRIDGE

The ecology theme is evident in “Silver Fir”: “A small change day to day. / The water’s slightly risen, / a few less cod than yesterday, / one fewer crake in the field.” The same poem also mixes the everyday with the divine: “Behind her, a clock, a calendar, / a rosary on the table.”

The poems can be read on their own, or the reader can consult The Book of Trees’ endnotes, where Conrey cites biblical references and other sources. The poet said his afterword, with titles like “Columba and the Druids of his Day,” “The Invisible Violence of Christian-Celtic Ecumenism” and “Ancient Ecumenism in the Modern World,” digresses at length on Columba’s complex relationship to the indigenous religion and culture of the Ireland of his day.

It is a scholarly approach, but Conrey is no snob. “It actually drives me crazy when poetry becomes something kind of elitist, where it’s exclusive,” he said.     To him, anyone who writes a poem and slaps it on the refrigerator door is a poet.    “It doesn’t have to be scholarly to be profound,” he said, “and it doesn’t have to involve research to be a poem. It’s a poem because it’s a poem.”

He would regard his own comment there as somewhat mystical, but that’s the prerogative of the saint and the poet as they speak as one.