Head of USCCB questions story about how he handled abuse case 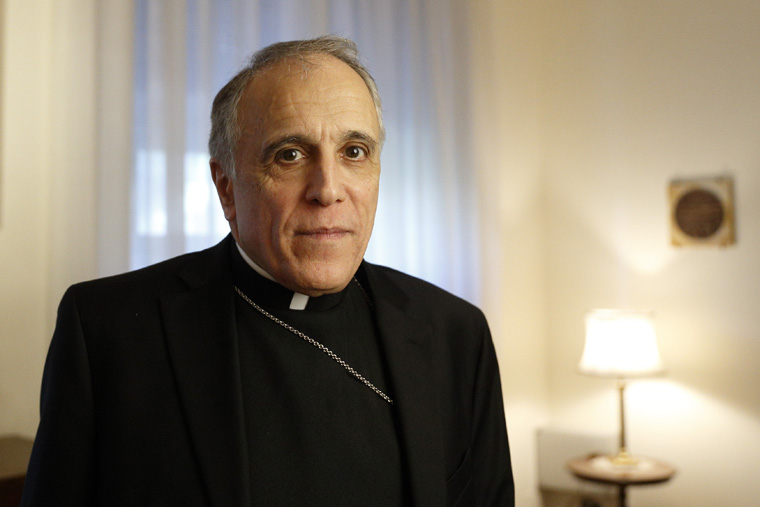 WASHINGTON (CNS) — Texas Cardinal Daniel N. DiNardo, of Galveston-Houston, president of the U.S. Conference of Catholic Bishops, denies a characterization of how he handled an accusation by a woman who said she was manipulated into a sexual relationship with his former deputy, a priest.

An account of the situation was published days before he is set to lead a meeting that will focus on how the U.S. Catholic Church can better handle abuse claims, including holding bishops accountable.

“The Archdiocese of Galveston-Houston categorically rejects the unprofessional, biased and one-sided reporting contained in today’s Associated Press story headlined ‘The Reckoning.’ At each step in this matter, Cardinal DiNardo has reacted swiftly and justly,” said a June 4 statement.

It was released hours after the news agency published a story about Laura Pontikes, who told the AP that she reported to the archdiocese what had happened between her and Msgr. Frank Rossi, a former vicar general in Galveston-Houston, whom she said she met in a confessional at a time when she was having problems in her marriage.

The incidents in question date from 2007, according to Pontikes’ account to the AP. She reported the incidents to the archdiocese in 2016.

“After Mrs. Pontikes reported an inappropriate relationship with Monsignor Rossi to the archdiocese on April 6th, 2016, Cardinal DiNardo removed him from the parish less than a week later and then sent Monsignor Rossi on April 21 to a treatment center for an assessment,” the statement said. “Upon his return to Houston, Monsignor Rossi formally resigned from the parish on May 6th. He then went to a rehabilitation program until early December.”

After that point, the accounts of what was agreed to differ. The archdiocese’s statement says Cardinal DiNardo told Laura Pontikes and her husband, George, that Msgr. Rossi would not be reassigned in Galveston-Houston. Msgr. Rossi was, however, assigned to a parish in the Beaumont Diocese in Texas after having “completed his rehabilitation process and was recommended to active ministry by the professionals who assessed him,” the statement from Galveston-Houston explained.

But the AP story said Cardinal DiNardo told the woman that Msgr. Rossi would not serve as a pastor again.

A letter by Bishop Curtis J. Guillory posted on the website for the Diocese of Beaumont said Msgr. Rossi is on administrative leave “pending the outcome of a criminal investigation of sexual misconduct” involving a woman and an incident of “alleged misconduct” while he served in Galveston-Houston. Bishop Guillory explained that Msgr. Rossi arrived in Beaumont “as a priest in good standing” from Galveston-Houston after having a completed a “renewal” program for clergy that placed no restrictions on his ministry.

The news agency in a subsequent article said it had tried to clear up questions with the archdiocese and the cardinal before the publication of the story, but requests for comment were denied. But what happened or didn’t happen remains in dispute. The AP story mentions incidents between Laura Pontikes and Msgr. Rossi that it alleges took place in the confessional but says the archdiocese said Msgr. Rossi did not hear the woman’s confession.

The statement from Galveston-Houston said “a mutual agreement to enter into a confidential mediation process” exists and added that in August 2017, “Laura Pontikes, accompanied by her psychologist, met with a representative of the archdiocese and Laura made, among other requests, a demand for a $10 million payment.” In the AP story from June 5, Pontikes admits a demand took place, but it was done in anger, the story said.

The USCCB, headed by Cardinal DiNardo, is set to meet for its 2019 spring general assembly in Baltimore June 11-14 and a main focus of the gathering is how the church will handle abuse cases going forward in light of Pope Francis’ “motu proprio” instructing the world’s dioceses on handling allegations against bishops.