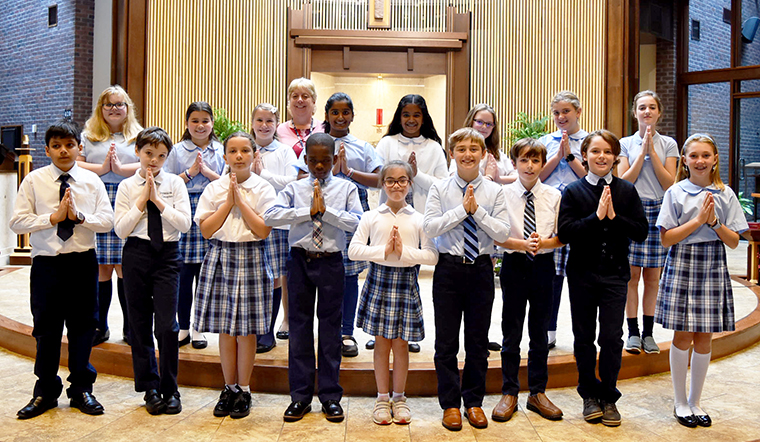 The Feast of St. Francis of Assisi was celebrated by Father Philip Hearn on Oct. 4 at Immaculate Conception School in Fayetteville. Students from pre-K to sixth grade attended the Mass. The fifth grade class of Madelyn Duffy prepared the Mass as the readers, bearer of the gifts and as altar servers. Father Hearn gave the sermon and talked about what St. Francis represents and his teachings. He stressed the words “giving,” “sharing” and “generosity” which were the qualities that St. Francis practiced during his life and told them that he is the patron saint of animals and natural environment. Muriel Bodley’s students played violin music as prelude to the Mass. The class sang the Prayer of St. Francis (Make Me a Channel of Your Peace) with music teacher Denise Velardi conducting. (Photo courtesy Caroline A. Calimlim)