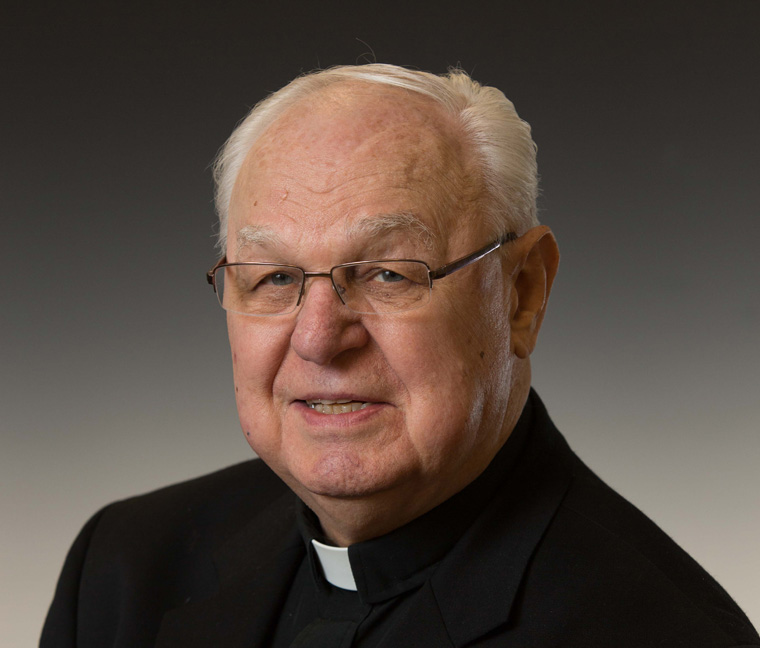 Father Arthur R. Hapanowicz, who ministered as a Roman Catholic priest for 64 years,died Sunday, March 7, at MVHS Rehabilitation and Nursing Center in Utica. He was 91.

Born April 27, 1929, the seventh of eleven children of Walter and Anna (Pomichowska) Hapanowicz, Sr., Father Hapanowicz was a native of Holy Trinity Church in Utica and a graduate of Utica Free Academy. He studied at St. Mary’s College and Ss. Cyril and Methodius Seminary.

Father Hapanowicz learned during his time in seminary that all things work out. “It didn’t work out the way I planned it — it worked out better,” he told the Sun in 2016, as he marked 60 years of priestly ministry.

Visitation will be held March 11 from 4-6 p.m. at Holy Trinity Church, 1206 Lincoln Ave., Utica. A Vigil Prayer Service for a Priest will follow at 6 p.m. Bishop Douglas J. Lucia will celebrate the Mass of Christian Burial March 12 at 11 a.m. Burial will follow in the Priests Circle at Holy Trinity Cemetery. A celebration of Father Hapanowicz’s life and ministry will appear in next week’s issue.