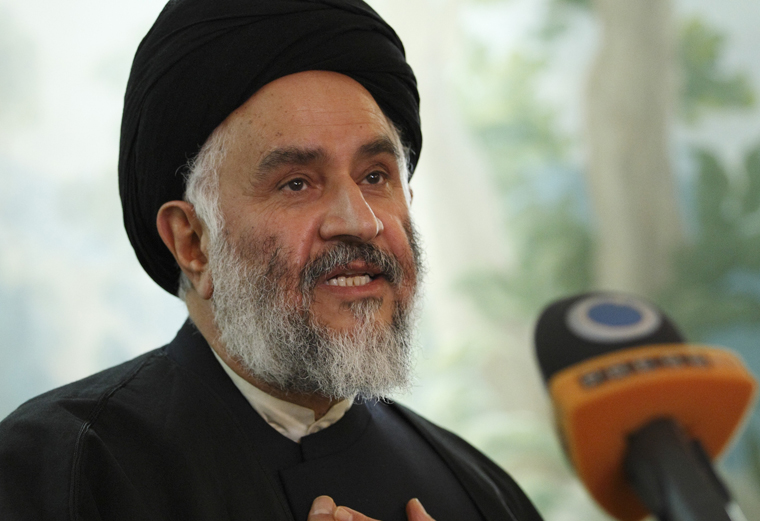 VATICAN CITY (CNS) — Citing the increasing loss of lives to COVID-19 and a lack of medical resources, an Iranian cleric has urged Pope Francis to do what he can to help get U.S. sanctions against Iran lifted.

“Without judging the root causes of these inhuman sanctions imposed by the United States, as an Iranian Islamic scholar, I humbly ask you, as a beloved world leader of Catholics, to intervene so that those sanctions are eliminated,” wrote Ayatollah Seyed Mostafa Mohaghegh Damad Ahmadabadi.

Promoting the end to the sanctions is a humanitarian act befitting those who believe in Jesus, who “for the whole world is a universal symbol of peace and love,” he said in a letter addressed to Pope Francis. The text of the letter was also sent to Fides, the Vatican’s missionary news agency, and was published on their website March 20.

Ayatollah Mohaghegh Damad is a scholar and dean of the department of Islamic Studies at the Academy of Sciences of Iran and a professor of law and Islamic philosophy at Tehran University. Pope Benedict XVI invited him to attend and address the 2010 Synod of Bishops for the Middle East at the Vatican.

In his letter to Pope Francis, the ayatollah said Iran has seen a rapid spread of the coronavirus, with many people “struggling painfully against the loss of loved ones caused very often by the serious lack of medical resources due to the consequences of sanctions imposed by the United States.”

The sanctions “have greatly multiplied the sufferings and afflictions of the oppressed Iranian Muslim people and have forced them to face countless problems that have had a profound and negative impact on their life, on their peace and spiritual tranquility and moreover, have deprived them of the most basic and inalienable human rights,” the letter said.

“In these days in which men all over the world are seriously threatened by the appalling spread of COVID-19, I am deeply convinced that the Holy Father, with sincere love and compassion, continues to pray that this international tragedy may cease and human suffering finds relief.”

Iran has reported at least 23,000 known cases of coronavirus and nearly 2,000 deaths. It is one of the hardest-hit nations after China, Italy and Spain. Even though the government has closed schools and key pilgrimage sites, canceled Friday public prayers and requested people avoid all travel, millions of people have ignored restrictions because of the Persian New Year holidays, according to the Iranian Red Crescent.

China, Japan, Russia and a number of European and Middle Eastern countries have helped Iran with supplies; however, its economy has been crippled by the sanctions. It’s not allowed to tap into international markets for selling its oil or for purchasing needed equipment, including medical supplies.

The United States said recently it was ready to assist Iran, but its supreme religious leader, Ayatollah Ali Khamenei, said such aid should be refused. On March 22 he said the U.S. should not be trusted to send Iran medicines that were safe.   The United States has had an embargo on trade with Iran since 1995. Sanctions were lifted in 2016 after Iran complied with a negotiated deal to dismantle its nuclear weapons capabilities, but the U.S. government withdrew from the deal and imposed old and new sanctions in 2018. The European Union, the United Nations’ International Court of Justice and other international bodies have been critical of the sanctions for their effects on the safety and welfare of civilians.