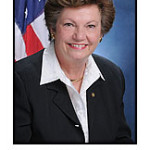 Assemblywoman Marge Markey, 30th district, has sponsored a bill in the New York State Assembly that could have a powerful impact on the people of New York. Her bill, A2596, the Child Victims’ Act of New York, proposes that the time frame for filing a claim of sexual abuse be extended so that a claim may be filed up until the age of 28. Currently, civil claims can be filed until five years after the victim’s 18th birthday. The bill also includes a one-year open window on the statute of limitations for claims to be filed. This means that a victim who experienced a crime of child sexual abuse 20, 30, 40, 50 or more years ago has a year to file suit regarding the past abuse.

In fact the state’s current system only allows victims of abuse involving public entities a less-than-generous 90-day window after the incident occurs in which they can file a “notice of claim.” This notice of claim does not mean their claim will go anywhere. It means a judge may or may not give permission for this claim to go forward. The New York State Catholic Conference (NYSCC) says the Markey bill creates two classes of victims — those who make claims against private institutions such as the church, the Boy/Girl Scouts or other not-for-profits and those whose abuse involves a public entity.

Due to the disparity in the treatment of cases, the conference stands in strong opposition to Markey’s bill. They support a similar bill sponsored by Assemblyman Vito Lopez of Brooklyn. The Lopez bill, A5708a, like the Markey bill, extends the statute of limitations for certain sex crimes committed against minors. However, the Lopez bill amends the law to provide an equal opportunity for all victims to bring claim within the extended statute of limitations period — claims against businesses, not-for-profits and religious organizations, as well as municipal entities. Lopez’s bill does not include a one-year period of waiving the statute of limitations. His bill, the NYSCC says, regards cases in the present and future, not the past.

Both bills have received media attention recently. The New York Times, Newsday and Syracuse’s Post-Standard have either reported on or offered opinion pieces on the legislation. While some have been in full support of Markey’s bill, others have pointed out the inequities the bill does not address.

Markey has brought up the same bill and it has passed by the Codes Committee by a much wider margin in previous years. With the Democratic majority in place now, one might assume the bill would have passed with a wider majority this year. According to Markey’s spokesperson, Michael Armstrong, the bill did not pass as easily this time around due to the fact that there was a competing bill — the Lopez bill. Both bills have senate counterparts — S3107 Kruger and S2568 Duane.

Navigating the legislative world is not for the faint of heart. Unless one is aware that there are laws on the state books that protect government and municipal entities in the form of “notice of claim,” one wouldn’t know that Markey’s bill in effect is discriminatory.

In her response to the NYSCC regarding its opposition to her bill Markey stated: “The bill does not exempt anyone. While the statue [sic] of limitations affected by this bill applies to non-public sector organizations and institutions, it will also help abuse victims who have claims against units of municipal county government including school districts.” The NYSCC says the discrimination lies in what the Markey bill does not address.

Dennis Poust, communications director for the NYSCC, painted this scenario: If the abuse happened to a 12-year-old boy in a Catholic school in 1940 and he never reported the incident, he would be permitted to bring a new law suit against the Catholic diocese with no cap on the award within Markey’s proposed one-year window of the waiver of the statute of limitations.

Conversely, if a 12-year-old boy in a public school in New York State suffered abuse by his public school teacher in 2000, the same type of sexual abuse as the boy in 1940, he or his parents would have had to file a notice of claim within 90 days after the incident. If a notice is not filed in a timely manner, the child would have no right under the law to ever bring a lawsuit.

There are cases on record that clearly demonstrate the difficulty that arises when parents and children file late notice of claim against a public entity. For instance, John Doe v. Goshen Central School District was filed Nov. 3, 2004 and denied Dec. 20 the same year. This case involved a 13-year-old boy filing late notice of claim. He alleged his public school coach sexually abused him.

In his case, quoted from the decision: “…there was no indication that petitioner lacked the capacity to complain and make the abuse known; in addition, petitioners failed to demonstrate that School District acquired actual knowledge of essential facts underlying claim within 90 days after alleged sexual abuse occurred or shortly thereafter, or that School District would not be prejudiced by delay of over 10 months in notifying it of alleged abuse.”

If 10 months is too long to wait to file a claim, according to this municipal decision, then how is a case brought forward from 20, 30, 40 or 50 years ago against a Catholic diocese not too long to wait?

What about cases affecting children with disabilities, some of the most vulnerable children in society?

In the case of Donald “E”, an Infant, by Pauline “E”, [fictitious names] His Parent and Natural Guardian, v. Gloversville Enlarged School District and again in another late notice of claim versus Hamilton-Fulton and Montgomery Counties Board of Cooperative Educational Services, [BOCES] entered and decided the same day, March 4, 1993: “Petitioners commenced proceeding No. 1 on November 28, 1990 and proceeding No. 2 on July 29, 1991, alleging that during 1988 and 1989, the infant sustained certain injuries as a result of being sodomized by his special education teacher and the teacher’s friend. The question was whether the lower court properly denied petitioners’ motion for leave to serve a late notice of claim for damages arising out of the alleged sexual abuse of the infant. The court noted that the lower court lacked the authority to grant the application of the mother in proceeding No. 1 as to any of the allegations relating to 1988 and those prior to August 30, 1989 because that part of the application was made more than one year and 90 days after the alleged cause of action accrued and the same result occurred with regard to her entire application in proceeding No. 2. The court found that the delay in notice caused prejudice to respondents in defending the allegations of the claims, which served to outweigh the disability of infant. The court concluded that the infant was a 12-year-old boy at the time the alleged abuse occurred who had the capacity to complain and make the abuse known.”

In New York State, the Catholic Church has trained 200,000 people on how to protect children from such predators. This also means the church in New York has run background checks on 200,000 clergy, religious and lay people who work with and volunteer with children. According to the NYSCC, the Catholic Church is the largest non-governmental provider of health, education and human services in New York State. Opening a window on the statute of limitations has the potential to place hardship on people in the state that have absolutely no connection to such matters.

By contacting assemblypersons, Catholics can express their concerns regarding the Markey legislation. The NYSCC Web site, www.nyscatholic.org, provides much information regarding this legislation and more.

As of press time, Sen. John DeFrancisco expressed his opposition to the Markey bill. Sen. David Valesky’s office commented that the senator is “obviously concerned with protecting children,” but he had not yet completed his study of both bills. His staff indicated that Valesky would likely comment after the Lopez bill has been voted on by the Codes Committee. Assemblyman Bill Magnarelli admitted that this is a “very difficult issue.”

“Frankly,” Magnarelli said, “I’m not happy with either bill. Right now I’m studying the problem to see where I am. I think the Markey bill is well intended in some respects. I do believe we have to make people accountable. But it [the Market bill] is too restrictive. It does seem to go against private institutions and not public and that’s not right. Meanwhile, the Lopez bill does not give a look back at all and I’m not sure I agee with that. As a lawyer, I‘m not sure we want to open up the statute of limitations. I did vote for the Markey bill last year but this year is a new ballgame.”