Las Vegas: Trauma real even when not acknowledged, psychologists say 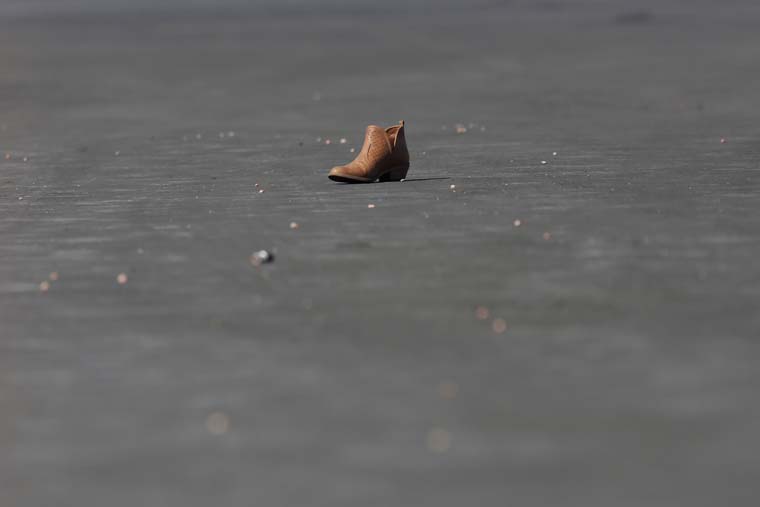 WASHINGTON (CNS) — The thousands of people at the country music festival Oct. 1 in Las Vegas that turned into the scene of the deadliest mass shooting in modern U.S. history are likely to have suffered trauma even if they weren’t wounded — and even if they don’t admit it to anyone, according to psychologists and pastoral counselors interviewed by Catholic News Service.

But trauma victims with a belief in a loving God, as well as supportive family and friends who live a Christian lifestyle, can ease the trauma and be restored to a sense of wholeness.

“The thing in terrorism is the trauma it inflicts on people left behind. It’s much more severe. It’s hard to recognize, it shakes one’s worldview,” said Father Stephen Rossetti, a priest of the Diocese of Syracuse, New York, who is a professor at The Catholic University of America, Washington, and the former head of the St. Luke’s Institute. “The word ‘terrorism’ is the right word. It strikes terror, that’s what it was designed to do.”

The 20,000-plus crowd was the target of gunman Stephen Paddock, who killed 58 concertgoers and wounded more than 500 before he took his own life.

Speaking from Rome, where he was attending a world congress for children as a consultant to the Pontifical Commission for the Protection of Minors, Father Rossetti urged a closer look at examples of forgiveness in the midst of trauma.

Members of the African Methodist Episcopal church in Charleston, South Carolina, after Dylann Roof murdered nine people following a Bible study in hopes of igniting a race war, “said, ‘Look, we abhor what you did, but we forgive you. There’s no room in our hearts for hatred,’” Father Rossetti remarked. “Terrorists try to do that. Terrorists try to instill in us the feelings he had of resentment. The people in that church refused to do that. They chose to forgive.”

Another example was the 2011 attacks in Norway that resulted in even greater carnage than Las Vegas: 77 dead, most of the children at a summer camp. “The people in Norway gathered,” Father Rossetti said, and their response was, “‘We will not let this man change who we are.’ We would say it’s a very Christian witness. Jesus would say we would respond to this hatred with love.”

“There are human responses to trauma that get articulated in post-traumatic stress,” said Cynthia Eriksson, who is part of the psychology program at Fuller Theological Seminary in Pasadena, California.

“Our bodies have been created to respond to threats and respond to that experience,” Eriksson said. “We can have physiological responses. We can be easily angered. We can feel an ongoing sense of threat. We can also have cognitive, thinking responses, where we think about the incident when we don’t want to. Surprising incidents becoming reminders, flashbacks putting us back in that situation again.”

But drawing on Christianity to make sense of the senseless can help, she added.

“The Christian tradition has, at its core, lament. The idea that we can actually speak out of our pain to the divine, to God. It’s Christian reaching out in relation to God, saying why, saying we need you, saying where are you,” Eriksson said. “You promised to be with us. You promised your protection, that’s not what I feel, that’s not where I am.”

“The opportunity of the church, in whatever tradition that church is, is to create a safe place for people to cry out, with a longing for God’s intervention,” she added, noting that even Jesus cried out in this manner on the cross: “My God, my God, why have you forsaken me?”

Victims may find comfort in God, but others rebuke God for letting such a catastrophe happen. “It’s partly depending on your faith,” said Deacon William Hahn, a Pittsburgh psychologist and member of the Catholic Medical Association. “Even people sometimes who have fairly strong faith start questioning this.”

Deacon Hahn said, “When things like this occur, (it boils down to) what their view of God is determines what happens (afterward). If they view God as being somebody who just gives things and is at our beck and call, they go the other way, but if they look at God as Christians and Catholics as we know it, they know that God suffers along with us, like when his friend Lazarus died — and he’s weeping now.”

The deacon, who attended to people traumatized in two Pittsburgh-area plane crashes in the 1990s, noted: “As humans we have this desperate need to explain things. And sometimes there’s no rational explanation. The suspicion with the person that did this there (in Las Vegas) may never be a real true sense except that he was irrational. We have difficulty handling something like that. Sometimes we beat things to death, practically, trying to explain things. Unfortunately, evil exists.”

Deacon Hahn pointed to studies that show that about 40 percent of combat veterans have a “resiliency” that allows them to avoid post-traumatic stress disorder. So it is with civilians, he said. “The further they remove themselves from the timeline (of the trauma), the better they are.”

Russell Jones, a clinical psychologist and professor at Virginia Tech University, was on the Virginia Tech faculty in 2007 when a student shot 32 people to death and wounded 17 more, “a very life-changing event,” he remarked. Within days, he and others at the college had established a social support system for students, staff and faculty to use in helping deal with the trauma.

Jones related the case of a student and firefighter who arrived at the scene of the shooting spree who sought help. “Neither of those individuals showed up for treatment until three-and-a-half years after the event,” he recalled.

“Many times it’s a quite lengthy period afterward. One of the most common responses is not only trauma but avoidance,” Jones remarked. “It’s one of the major (outcome) clusters. Rather than getting help with nightmares and flashbacks and hypervigilance, people will simply avoid, or adopt maladaptive ways of coping. Sometimes it’s drinking, sometimes it’s drugs.”

Citing a Harvard study that attributed people’s faith for far fewer suicides given the numbers suffering from depression and post-traumatic stress disorder after Hurricane Katrina in 2005, Jones, told CNS: “I am a Christian, and I believe in the power of prayer, and I’ve found in my private practice and I’ve also found with a number of clients that I’ve worked with and supervised, that religious coping can be quite effective.”

He added, “Belief systems are very important. As often what happens following trauma, people’s worldviews will be challenged.

“They think good things happen to good people, so when bad things happen to good people, it challenges their belief system. … If they can tap into kind of a spiritual realm,” Jones said, “that can be helpful in terms of them dealing with it, making sense of it, knowing that there’s something beyond them that they can draw on, in strength and advocacy and the ability to move forward.”