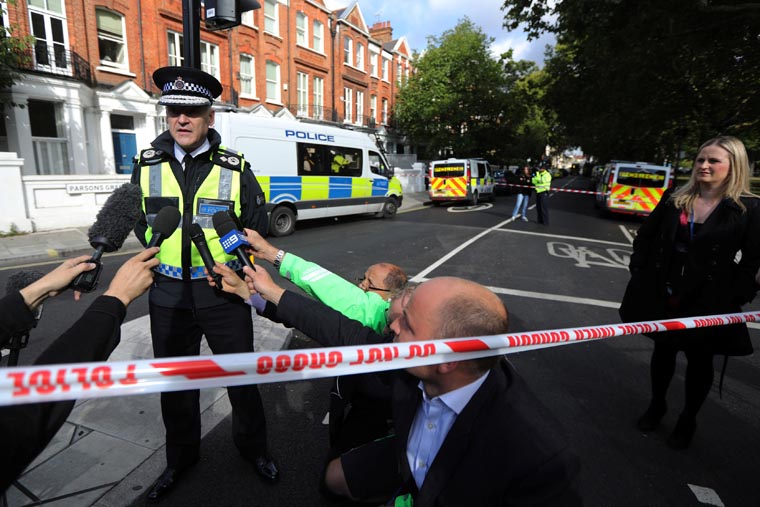 LONDON (CNS) — Cardinal Vincent Nichols of Westminster described the attempted bombing of a rush hour Tube train in London as “yet another cowardly attack” and said he was praying for the 22 people being treated for burns and other injuries.

The device detonated Sept. 15 on a London Underground train but failed to explode as intended.

It nevertheless shot a “wall of fire” through carriages, injuring passengers, including a 10-year-old boy. No one was killed.

Cardinal Nichols later issued a statement to express his horror at the fifth terrorist attack in the U.K. this year.

“I am dismayed at yet another cowardly attack on innocent people, including young children, as they were commuting to work and school this morning,” said Cardinal Nichols, president of the Bishops’ Conference of England and Wales.

“I pray for all who were injured in the blast and in the ensuing stampede, and for all who were affected by the incident,” he said. “May God grant them and all Londoners peace and strengthen our resolve to stand against such evil acts.”

The cardinal, whose diocese covers the Parsons Green station where the attack took place, also praised the emergency services who tended to the victims as well as the residents and workers in the area who offered them safety and comfort.

Cardinal Nichols said: “The generous actions of those who rushed to tend to the wounded and those who were in shock demonstrate all that is good in humanity as a small number seek to divide our society. We should all be alert, but remain calm.”

The bomb, placed inside a builder’s bucket and covered by a shopping bag, was described as an “improvised explosive device” by police.

It included a timer, indicating that the bomber left the device on the train before it was meant to explode.

Detectives say they have identified the bomber using CCTV images but have so far declined to name him publicly.