Ludden, Grimes girls to face off in basketball final 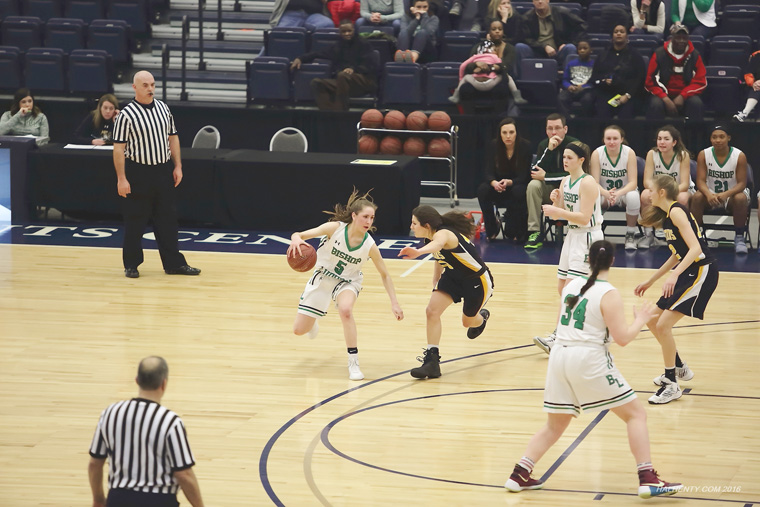 Also, the Seton Catholic Central Saints boys and girls teams moved one step closer to claiming sectional championships over the weekend. The top-seeded girls beat Dryden 90-36 while the third-seeded boys bested Chenango Forks 69-49. Both teams advanced to the Section IV Class B semifinals. The girls were to host Waverly on Feb. 28, while the boys were to travel to Waverly on March 1.

Against South Jefferson, Bishop Ludden’s Danielle Rauch sank a free throw with 3 seconds left to give the top-seeded Gaelic Knights the win.

Laura Patulski added 15 points as Bishop Ludden moved to 20-3 on the season.

The Grimes girls got off to a slow start against Westhill and trailed 23-16 at the half. It was the Lady Cobras’ lowest scoring output of any half this season.

They came out of the intermission with more patience as they finally got their high-powered offense untracked. A 31-point second half got them back into the lead. The victory was capped when sophomore guard Abby Wilkinson went 5-for-6 from the foul line in the final minute.

As a team, the Lady Cobras shot 12-for-15 from the foul line for the game. Junior forward Azariah Wade led the Lady Cobras with a game-high 22 points and Wilkinson finished with 14. Bishop Grimes improved to 20-3 on the season and will square off against Ludden, at 3:45 p.m. March 5 at Allyn Hall at Onondaga Community College. Tickets are $7 per person at the gate.

Despite trailing for most of the game Feb. 24, Bishop Grimes put on a furious fourth-quarter rally at the SRC Arena to send the semifinal into overtime. A 19-10 run for the Cobras concluded with senior guard Shawn Gashi’s free throw with four seconds remaining in regulation to tie the game at 63-63.

Gashi blocked the Red Rams’ final shot at the buzzer. With momentum on their side, the Cobras scored the first four points of overtime to take a 67-63 lead. But Jamesville-DeWitt regrouped and finished with a flurry to advance to the championship game.

Gashi led the way for the Cobras with 27 points. Senior guard Lucci Vigliotti scored 12 points and sophomore forward David Mo added 11. Bishop Grimes concluded the season with a 16-6 record, with four of the losses coming in overtime.