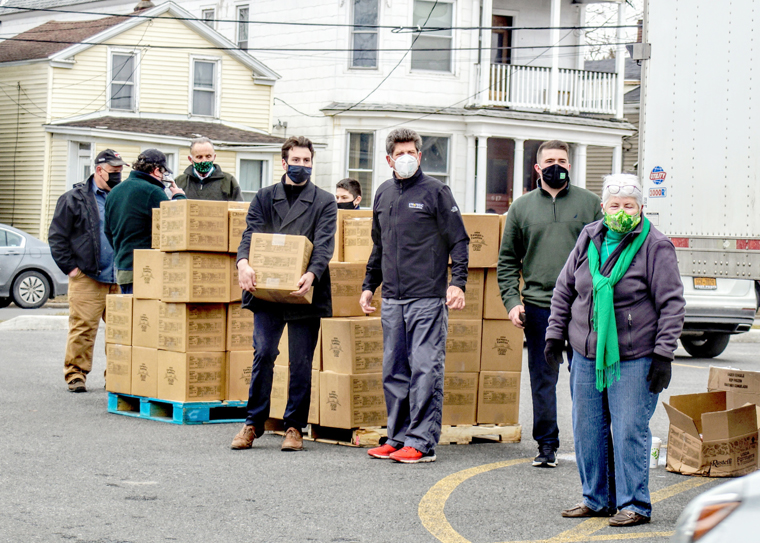 UTICA — With lingering memories of not just “nutritional deficits” but millions of starvation deaths in the 1840s in their ancestral home, Central New York Irish Americans and their organizations are engaged in a battle against hunger here in the U.S.

The latest salvo against hunger was fired on St. Patrick’s Day in Utica. Seventeen tons of nutritious, lifesaving emergency food kits were loaded into the trunks of Central New York residents needing food help. One thousand kits, each containing 34 pounds of food, were distributed.

Among the enthusiastic, dedicated distribution team staffing the outreach was Notre Dame High School freshman Brycen Brooks. Helping Utica Food Pantry and Compassion Coalition workers was a crew of about two dozen members of Oneida County Irish organizations including the Irish Cultural Center and both the Men’s and Ladies Ancient Order of Hibernians.