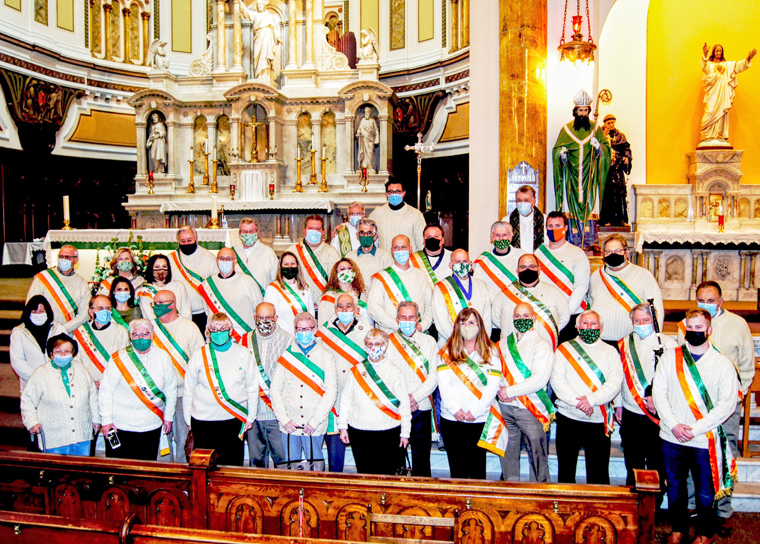 Organizers of the annual event, and most numerous among attendees, were members of the Oneida County Men’s Ancient Order of Hibernians John C. Devereux Oneida County Division 1 and the AOH Ladies of Knock. Both groups require members to be practicing Catholics of Irish descent or birth.

The combined organizations’ procession was led into the church by bagpiper Dr. Dan Murphy, a former Grand Marshal of the St. Patrick’s Parade in Utica.

The Mass was dedicated to those who lost their lives in the pandemic, especially former St. Joseph-St. Patrick Pastor Father Richard Dellos.

The Mass program and flowers were donated by McGrath, Myslinski, Karboski and Nunn Funeral Home.