May crownings in the diocese 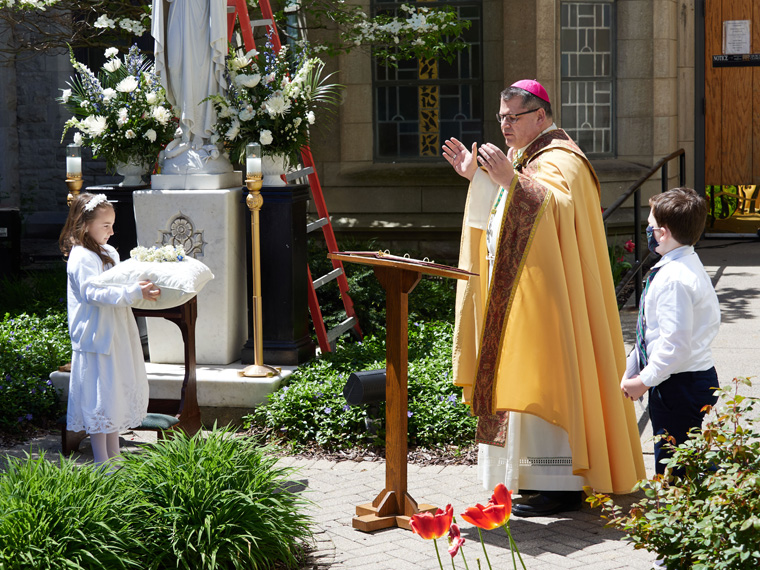 FAYETTEVILLE — Immaculate Conception School continued its annual tradition of May crowning honoring Mary. The sixth-grade students of Danielle Paige led the rosary; joining them during the procession was Corey Stone’s second-grade class. One of the sixth-graders crowned Mary and a second-grader was the crown bearer. Both classes processed separately for social distancing. Music was provided by a fifth-grade cellist and the piano was played by Muriel Bodley. The school Alma Mater Hymn was sung by the sixth-graders and conducted by music teacher Denise Velardi. (Photos courtesy Caroline N. Agor-Calimlim)

Bishop Douglas J. Lucia led the crowning of the statue of the Blessed Virgin Mary in the prayer park of the Cathedral of the Immaculate Conception in Syracuse May 6. He was assisted by Blessed Sacrament School students Jackson Finn, lector, and Leah O’Donnell, who crowned Mary. Ricky Guy was server. (Sun photo | Chuck Wainwright) 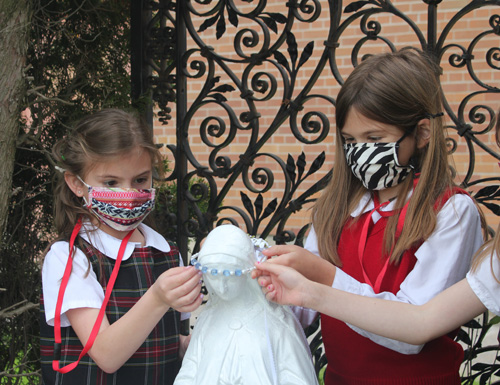 ROME — Second-graders Madelyn VanEtten, left, and Eleanor Mack crown the statue of Mary on May 3 at the Blessed Mother grotto at Rome Catholic School. Also participating were the other five members of the second-grade class. (Photo courtesy James Gulick)