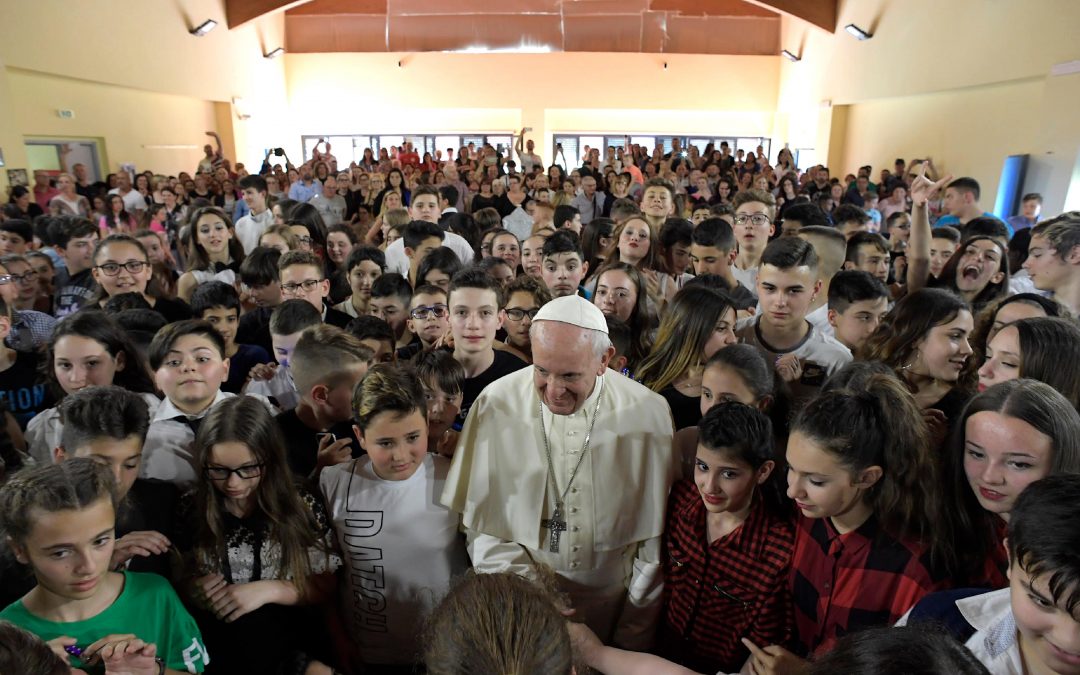 VATICAN CITY (CNS) — Continuing his occasional series of “Mercy Friday” visits, Pope Francis surprised the students at a school renamed in March in honor of a student who died of leukemia at the age of 11.

For the visit May 25 to the Elisa Scala Comprehensive School, which includes students from the age of 3 to 14, the pope also brought books for the school library. The Vatican did not provide the titles of the books or give any other details about them.

Before the city of Rome and the Italian department of education allowed the whole school to be named after Elisa, the library was. Her parents, Giorgio and Maria, said their daughter loved to read and, after she died in 2015, they started the library, which now holds more than 20,000 volumes, all of which were donated.

The couple gave the pope a guided tour of the shelves.

Pope Francis arrived at the school after classes had ended for the day. But more than 200 students were there preparing for a year-end show featuring dance, sport and theater. After five months of rehearsals, they sang for the pope.

The pope began the “Mercy Friday” initiative during the Holy Year of Mercy in 2015-16 to highlight the corporal and spiritual works of mercy. Among other places, the visits have taken him to hospitals and rehabilitation centers, a group home for children, a L’Arche Community, a halfway house for women inmates with small children and a home for women rescued from forced prostitution.