How much will expansion of ‘529’ savings plans help Catholic education? 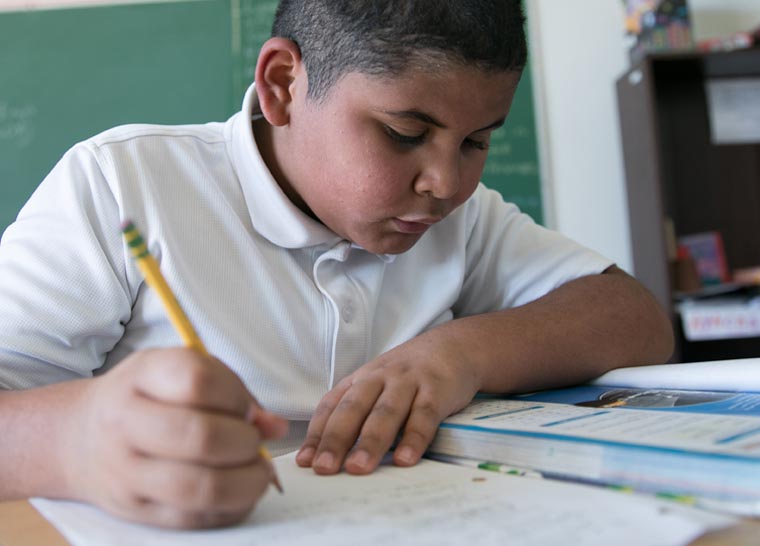 WASHINGTON (CNS) — One of the clauses in the Tax Cuts and Jobs Act of 2017 — the sweeping tax bill that was pushed through Congress between Thanksgiving and Christmas — expanded the “529” savings plan.

Named after Section 529 in the Internal Revenue System’s tax code, the plans allowed parents to invest money for their children’s college education, however far down the road that was. Now, 529 plans can be used to sock money away for grade school and high school tuition in private schools — including Catholic schools — while accruing the same tax benefits as have the college plans.

Another change: There is no limit to what can be contributed to the savings plan.

But before anyone rushes to the bank to transfer money to a 529, keep in mind that while the new federal law now allows for the change, 529 plans are state-based, so each state must first adopt language that would permit this change.

“Some states are saying you might be able to use them right away. In some states, the plans don’t allow it; the state is not interested in giving you the benefit of something that might cost them money … or take away from the public school system,” said Matthew Giuliano, an assistant general counsel for the U.S. Conference of Catholic Bishops.

Currently, about 13 million U.S. families have 529 plans set up for their children. Upon establishing the plan, they’ve got potentially a dozen years or more to contribute to the plan to defray the potential tuition hit while getting tax benefits — principally, allowing money to grow tax-deferred and up to $10,000 a year to be withdrawn tax-free for qualified education expenses at a qualified higher education institution.

With the expansion to K-12 education, parents now, in theory, could begin contributing to a 529 plan before the child has even been born.

“This could give them up six years to get ahead” before enrolling their child in a Catholic school, said Jennifer Daniels, associate director for public policy in the USCCB’s Secretariat for Catholic Education.

Yet the ability to make advance contributions to pay Catholic school tuition and college tuition suggests the 529 expansion will benefit those already well-off financially. “We acknowledge that this is too narrow,” said Dominican Sister John Mary Fleming, executive director of Catholic education for the USCCB. “If we had our druthers, this would have been a more robust parental-choice program.”

“What we see is a benefit for some of our schools’ families who make too much to qualify for some of the means-tested programs to qualify for state aid,” said Sister Dale McDonald, a Sister of the Presentation of the Blessed Virgin Mary, who is public policy and research director for the National Catholic Educational Association. “They make too much to qualify … but they don’t make enough to be able to pay the full freight. This might be a way they can use to accumulate earnings that might make it tax free. It certainly is a start.”

One element that did not survive in the hasty writing and rewriting of the bill, according to Sister McDonald: “They were trying to get this to include home schooling, which did not pass. They hope to reopen it. If they do, ‘other educational expenses’ — that’s what’s in the original 529 — could be in the bill.”

College 529 plans allow contributions to be paid not only for tuition, but room and board, books and computers. Sister McDonald planned to meet Feb. 7 in New Jersey with diocesan school superintendents, with the 529 expansion as part of the agenda.

Some families have used a “530” plan — a Coverdell Education Savings Account — for K-12 tuition. But its scope was more limited than a 529. Sister McDonald noted the new tax law also permits Coverdell accounts to be rolled over in 529 plans.

One other significant change is the definition of who may contribute to such a plan. Under the original 529 framework, it was parents. Now, it could be pretty much anyone.

“Grandma and Grandpa, aunts and uncles, and parishioners” could make contributions under an expanded 529 rubric, Daniels noted.

“I was the principal of a grade school, and I know there are parishioners who really want to make a difference in children’s lives,” Sister Fleming said.

Under the new law, not only can multiple people contribute to an account, multiple accounts can be opened for the same child, according to Kathryn Flynn, content director of savingforcollege.com, which provides research on 529 plans’ performance rankings and other metrics, then recasts it to make it more understandable.

With no annual limit to contributions, the sky is theoretically the limit, “though states may max out” on the amount, such as what it would cost cover the estimated expenses of an undergraduate education in that state, Flynn said. In truth, 529 plans can also be used for graduate school costs and have no expiration date.

She also warned of the risk of cannibalizing the future to pay for the present: “Yeah, absolutely, if they’re not going to continue to fund it, or fund it to cover the cost of college for K-12 eventually,” Flynn said. “Run through those calculations and decide what’s important to you. Your investments will grow tax-free. The longer you leave it in the account, the more time you have for it to grow. If you take it out early, you’re sacrificing the potential growth.”

Nor should parents with a 529 plan run out to empty the account to pay for next year’s seventh-grade tuition at a Catholic school.

“There are complications to using your existing 529 money,” said Kim Rueben, a senior fellow at the Tax Policy Center, who talked to Catholic News Service prior to a Feb. 1 roundtable in New York on the implications of the changes wrought by the new law. “That largely has to do with state rules that aren’t necessarily totally clear,” she said.

It hasn’t exactly translated into a surge of new accounts, though. Rydszeski told CNS that just one person interested in an opening an account due to the 529 expansion had called him in the first month after the tax bill became law.