Music ministers up to the challenge of virtual Masses 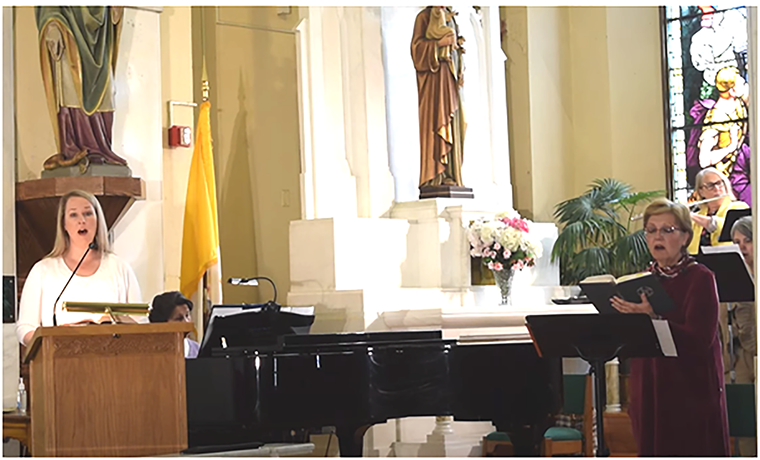 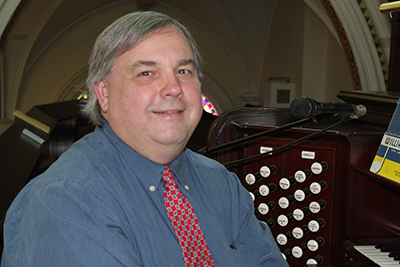 Frank Schultz, Jr., the music director and organist at the Basilica of the Sacred Heart of Jesus in Syracuse, also sings during the Masses that are available on YouTube.

The stone walls and wooden pews take the music and bounce it back at the isolated church singers and instrumentalists now. Music ministers say echoes have replaced the congregation members who used to absorb that sound and add their own voices to it.

“I do feel like we are now being challenged to look at church in a different way,” said Roselle Lynch, the music director and flutist at St. Patrick Church in Oneida. Retired from teaching music in the Oneida City School District, she works part-time in the music program at Holy Cross Academy and also supplies music for the academy’s weekly Mass.

“Maybe,” she said, “some of us needed time to give some thought to the simple way of living and bringing ourselves back to God.”

To see the recordings, Facebook users can search for either “Catholics Together” or “Oneida/Madison Choral Friends.” Otherwise, go to YouTube and search for “Oneida Catholic Community.”

“It was very odd, very strange to be doing this with nobody in the church” other than the participants in the Mass, Lynch said. It was tricky figuring out the sound technology. St. Patrick’s, she said, has a high ceiling and stone tile, “so there was a lot of echo, a lot of reverb, that kind of stuff, and we had to work with it.”

She said their efforts have been getting a lot of positive feedback, such as “Thank you for doing it”; “Thank you so much”; “We just appreciate seeing the familiar faces and the people that we hear on the weekends.”

“Being able to do this for people has been a joy,” Lynch said. “It’s also very sad because we don’t have the people in the churches, but we know that we’re getting about 500 views on a weekend, which is good, because the viewing isn’t saying how many people are actually watching at home, so it could be much more than that; but we’re going to continue this every weekend until we can be back together in church.”

“It’s been interesting,” said Frank Schultz, Jr., the music director and organist at the Basilica of the Sacred Heart of Jesus in Syracuse. Saturday’s 4 p.m. Mass, which is live-streamed and available on YouTube, can be viewed at https://sacredheartbasilicasyr.org/. There is no congregation, and Sister Mary Melanie Jaworski, CSSF, is usually the lector.

Because the parish in normal times has Masses in English, Polish, and Latin, said Schultz, who also does a lot of the singing, “I had to try to incorporate a bit of everything as often as I could.” For example, he played a couple of Polish hymns for the feast day of the Black Madonna of Czestochowa.

And every other week or so, he will try to include a Latin hymn such as “Panis Angelicus” or a version of the “Ave Maria.”

The basilica’s rector, Father Andrew E. Baranski, recently requested a lot of Marian hymns, Schultz said, “so we’re dusting off some old books to find some new Marian hymns that we haven’t done.”

For Schultz, it’s a “nice opportunity,” like the days when he played the organ at Our Lady of Peace — “just me, there were no cantors, there was no choir, and it was just me doing three Masses a weekend, and we did the congregational things that the people knew, but I also had the freedom to do different things.”

“During the shutdown time,” wrote Father Baranski in an email, “we cannot gather in our churches for the celebration of Mass. So we live-stream. As always music is an important part of celebrating Mass. Our music director Frank does a splendid job to provide music as we live-stream the Masses. He also works with a cantor to lead us in worship. On behalf of our parish community, I want to express our gratitude for a job well done.”