My Place in the Sun, February 21: Black History Month 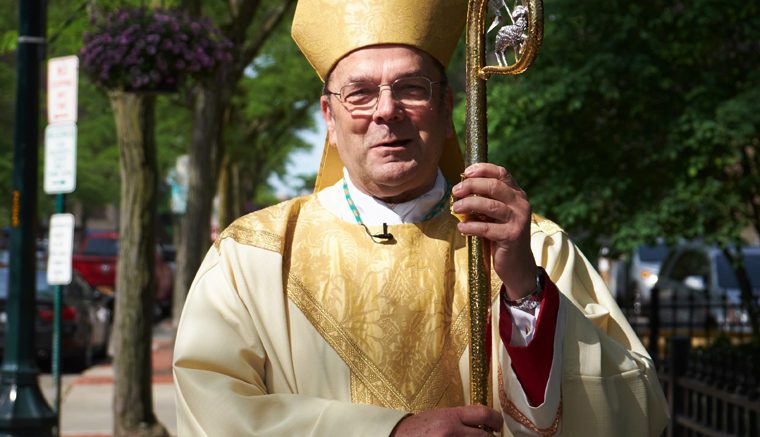 February marks Black History Month, a tribute to African-American men and women who have made significant contributions to America and the rest of the world in the fields of science, politics, law, sports, the arts, entertainment and many other fields. While Black History Month is synonymous with prominent figures such as Martin Luther King, Jr.; Harriet Tubman; Rosa Parks; Maya Angelou; and numerous others, there are a number of Catholic African-Americans with whom you may not be familiar.

Sister Thea Bowman, an African-American sister, was the first black sister in her white congregation (Franciscan Sisters of Perpetual Adoration), the first black woman to address the U.S. Conference of Catholic Bishops, and an inspiration to thousands of people with her songs and message of God’s love for all races and faiths.

Born December 29, 1937, in Yazoo City, Mississippi, Thea was raised as a Protestant until age nine when she asked her parents if she could become a Catholic. Sister Thea was trained to become a teacher. She taught at all grade levels, eventually earning her doctorate and becoming a college professor of English and linguistics. After 16 years of teaching, she was invited by the bishop of Jackson, Mississippi, to become a consultant for intercultural awareness. In this role, Sister Thea gave lively presentations across the country that combined singing, Gospel preaching, prayer, and storytelling.

Sister Thea used her brilliant mind, beautiful voice, and dynamic personality to break down racial and cultural barriers. She encouraged people to communicate with one another so they could understand other cultures and races. Sister Thea awakened a sense of fellowship in people both within and well beyond the Catholic world. Acutely aware of God’s universal love, she spoke the truth about racial injustice in society and the Church. “We need to tell one another in our homes, in our church, and even in our world, I really, really love you” (Sister Thea).

During their fall assembly in November, the U.S. bishops endorsed the sainthood cause of Sister Thea, acknowledging that this granddaughter of slaves transcended racism to leave a lasting mark on U.S. Catholic life in the late 20th Century.

Venerable Pierre Toussaint (1766-1853) was born a slave in Haiti. He was brought to the United States by his owner, the Berard Family, in 1787. While serving the family Pierre was required to earn a trade and become an apprentice to one of the leading hairdressers in New York at the time. When his owner died, Pierre supported his widow and her family until Mrs. Berard’s death.

In 1811, at the age of 45, Pierre gained his freedom. He made more than enough money working as a hairdresser since many of his clients were wealthy socialites and daughters and sons of rich merchants. With the money he made, Pierre recognized his blessings and the plight of his black brothers and sisters who lived in poverty. He was instrumental in bringing the black community in New York together. At the time, slaves were brought from the Caribbean and other parts of the world and the African-American community was beginning to be a mixed one.

Pierre and his wife started a philanthropic career by giving to the needy whenever they could. One of his most significant accomplishments was the establishment of New York City’s first school for black children. Pierre was instrumental in raising funds for the first Catholic orphanage in New York City. He also helped to provide funds for the Oblate Sisters of Providence, a religious community of black sisters founded in Baltimore, and played a vital role in providing resources to erect Old St. Patrick’s Cathedral in Lower Manhattan. During the Yellow Fever epidemic, when many city leaders fled the city, Pierre cared for the sick and dying. He died on June 30, 1853, and is buried in the crypt below the main altar of St. Patrick’s Cathedral on Fifth Avenue, normally reserved for bishops of the Archdiocese of New York.

Pierre Toussaint was a successful entrepreneur who did not hesitate to share the fruits of his labor with others. He was proud of his faith, proud of his culture, and committed to serving others. In 1997 St. John Paul II declared Pierre Toussaint Venerable, thus placing him firmly on the road to becoming North America’s first black saint.

There are other black U.S. Catholics whose sainthood causes are currently under consideration. These include Venerable Henriette Delille (1813-62), the daughter of a white man and mixed-race woman who founded the Sisters of the Holy Family in New Orleans to attend to the needs of slaves and poor free blacks; Servant of God Mother Mary Elizabeth Lange (ca. 1794-1881), a former slave from Cuba who founded the Oblate Sisters of Providence so that black women could have a means to enter religious life and to educate black children; Servant of God Father Augustus Tolton (1854-97), the first black U. S. priest, educated in Rome because no U. S. seminary would admit him, who founded Chicago’s first black parish; and Servant of God Julia Greely, born a slave and known as “Denver’s Angel of Charity” who collected food and other goods for the poor.

As I prepared this article, I thought about the U. S. bishops’ pastoral letter against racism, “Open Wide our Hearts, the Enduring Call to Love.” The pastoral addresses the sin of racism; the Gospel imperative of love of neighbor; the call to conversion; and racism experienced by Native Americans, African-Americans, and Hispanics. I encourage you to read the pastoral. It can be found on the USCCB website, www.usccb.org. Through the intercession of Mary, Mother of the Church, may we recognize the face of Christ in our brothers and sisters and reach out to them with love and respect.