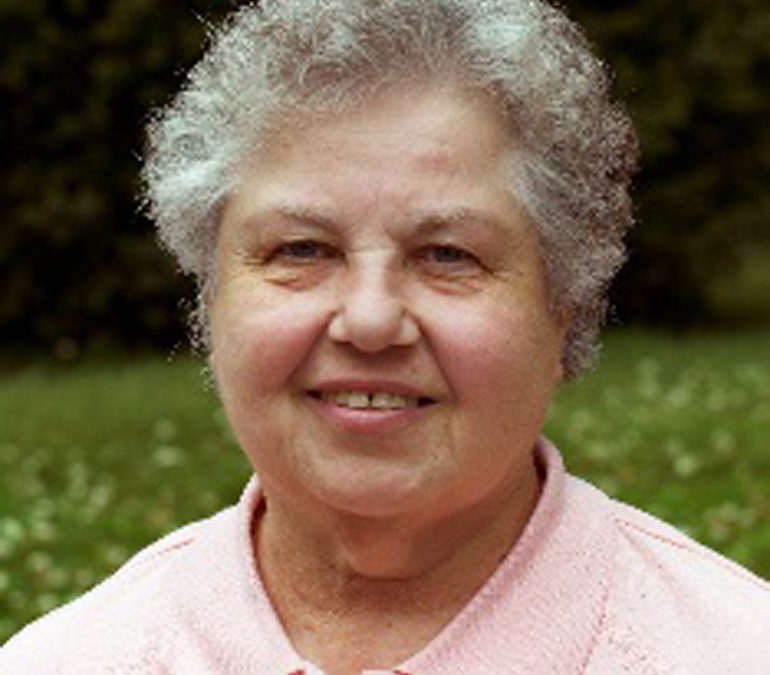 On March 4, 2020, Sister Carmel Rose Nicita, MFIC, died peacefully at Villa Marie Claire Hospice in Saddle River, N.J., at age 79. A member of the Missionary Franciscan Sisters of the Immaculate Conception, Sister entered the Community in Newton, Mass., in 1958.

She taught in Catholic schools for many years, including St. Thomas Aquinas, Binghamton, 1969-1973, and St. Patrick’s, in Binghamton, 1973-74. Sister Carmel Rose was also involved in the catechetical ministry at St. Michael’s, Onondaga Hill, from 1981 to 1984.

In 1984 Sister responded to a call to become a hospital chaplain and served in the Southern Tier at United Health Services and in Syracuse at Crouse Irving Hospital from 1993 to 2001. Then from 2001 to 2006 she ministered as a pastoral associate at St. Cecilia’s Church in Solvay.

Sister Carmel Rose was also a pioneer in establishing the associate program for the Community of Missionary Franciscan Sisters and served as director in Syracuse, Binghamton, and New Jersey.

A funeral Mass was to be celebrated at 11 a.m. March 14 in Our Lady of the Angels Convent, Tenafly, N.J. Her final resting place will be Maryrest Cemetery in Mahwah, N.J.

Sister is survived by her sister Terry Bucci of Camillus, her brother Carl Nicita of Liverpool, and many nieces and nephews.