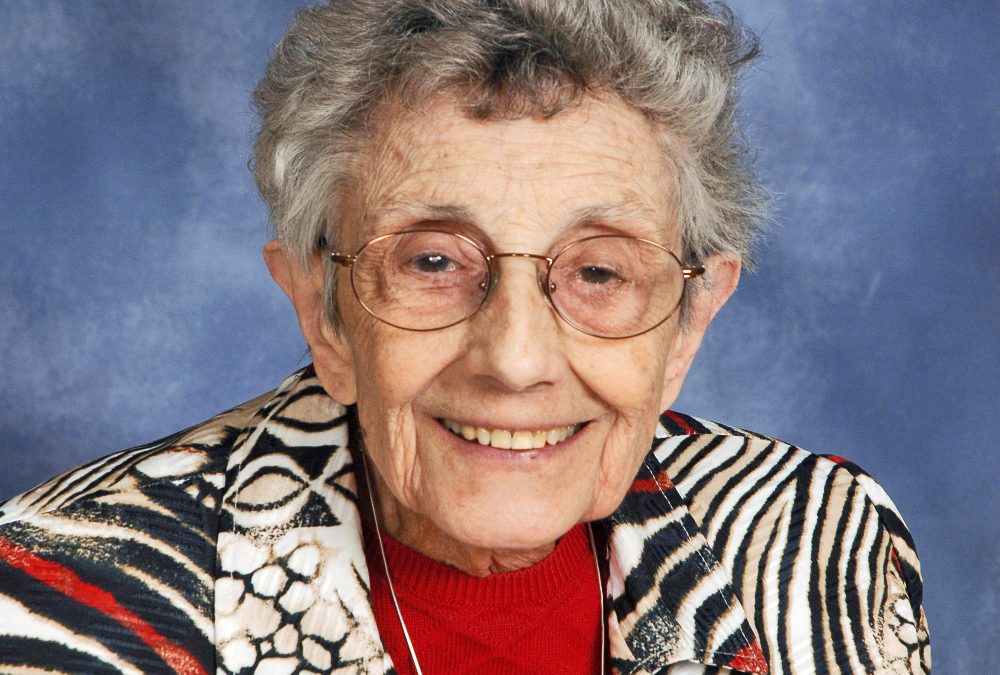 Sister Catherine was born in Troy, N.Y., on Sept. 21, 1924, daughter of the late Salvatore and Mary Daniele Crispo. After attending St. Francis de Sales Grade School and Catholic Central High School, Sister Catherine entered the novitiate of the Sisters of St. Joseph on Aug. 15, 1944; she professed final vows on Aug. 15, 1949. She received a bachelor’s degree in elementary education from The College of Saint Rose and a master’s degree in special education from Mt. St. Joseph’s College in Buffalo.

Sister Catherine began her life as a Sister of St. Joseph teaching in elementary schools in the Albany and Syracuse dioceses as well as in St. Joseph’s Infant Home in Troy. In the Syracuse Diocese, she taught at St. Lucy’s School, Syracuse. In 1967, Sister Catherine began an 18-year career at The College of Saint Rose where she taught special education and served as director of educational media. Following her years at Saint Rose, she was an outreach worker and pastoral associate in Troy and Albany. Sister Catherine spent many years ministering to Albany’s Vietnamese community, developing a deep love for the people and their culture. In 2017, Sister Catherine received the Centennial Medallion from Catholic Charities of the Albany Diocese in recognition of her years of service to the Vietnamese Catholic community.

Sister Catherine was a humble, unassuming woman of faith who, like St. Joseph, her patron, remained in the background, always with a generous willingness to serve those in need. As a Sister of St. Joseph, called to bring unity and reconciliation to the world, Sister Catherine was a human bridge builder. In the classroom, she connected her students to new relationships, content, ideas, people, and places. In parish and community work, she connected people with one another, with agencies, with service opportunities, and with companions on the faith journey. In her service to the Vietnamese community, she connected immigrants with people and places to help deal with the conflicting pressures of assimilation and the family demands of ethnic loyalty. Sister Catherine had the grace to see everything as ministry, and she leaves a legacy of bridging distances and deepening understanding through wholehearted service to others.

Sister Catherine is survived by her beloved brother and sister-in-law, Paul and Joanne Crispo of Latham; many nieces and nephews and their families; many close cousins and friends; and the Sisters of St. Joseph of Carondelet. In addition to her parents, Sister Catherine was predeceased by her siblings: Mary Theresa Crispo, Joseph (Noella) Crispo, Peter (Catherine) Crispo; Theresa (Patrick) Falco, Elizabeth (James) Sisk; S. Frank (Julia) Crispo, and Richard Crispo.

Sister Catherine’s Mass of Christian Burial was be held in the chapel of the Provincial House on July 19. Donations in Sister Catherine’s memory may be made to the Development Office, Sisters of St. Joseph, 385 Watervliet Shaker Road, Latham, N.Y., 12110.