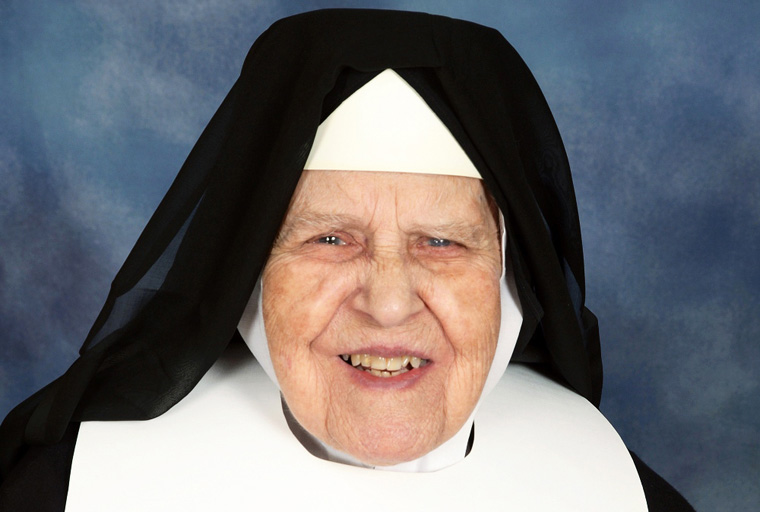 On March 19, 1945, Sister Elizabeth entered the novitiate of the Sisters of St. Joseph in Troy; she professed final vows on Aug. 15, 1950. She received a bachelor’s degree in elementary education from The College of Saint Rose and, for 20 years, taught elementary grades and catechetics in schools and parishes in the Albany and Syracuse dioceses. In the Syracuse Diocese, Sister Elizabeth taught at both St. Mary’s and St. John’s schools in Oswego and was a catechetical instructor in St. Joseph’s Parish, Oswego.

In 1967, Sister Elizabeth began a 25-year career at The College of Saint Rose as assistant supervisor of personnel, staff member in the printing and mail rooms, and advisor for workers who were part of the depopulation of state care facilities and movement into community-centered treatment and supervised job training. As such an advisor, Sister Elizabeth supervised four women while they lived and worked at The College of Saint Rose and later cared for their needs as the women retired and until their deaths.

Sister Elizabeth was a woman of deep faith, determined, dedicated, and disciplined. She could build or repair just about anything and did so unobtrusively, with a beautiful smile and with remarkable generosity of time and talent. Devoted to the Blessed Mother, Sister Elizabeth was active in the pro-life movement, especially as it relates to unborn children, participated in many public demonstrations, and spent hours in private prayer. Like St. Joseph, Sister Elizabeth was humble, practical, hardworking, and faithful, and her gentle presence will be missed.

Sister Elizabeth’s Mass of Christian Burial was at the Provincial House on March 27. Donations in Sister Elizabeth’s memory may be made to the Development Office, Sisters of St. Joseph of Carondelet, 385 Watervliet Shaker Road, Latham, N.Y., 12110.