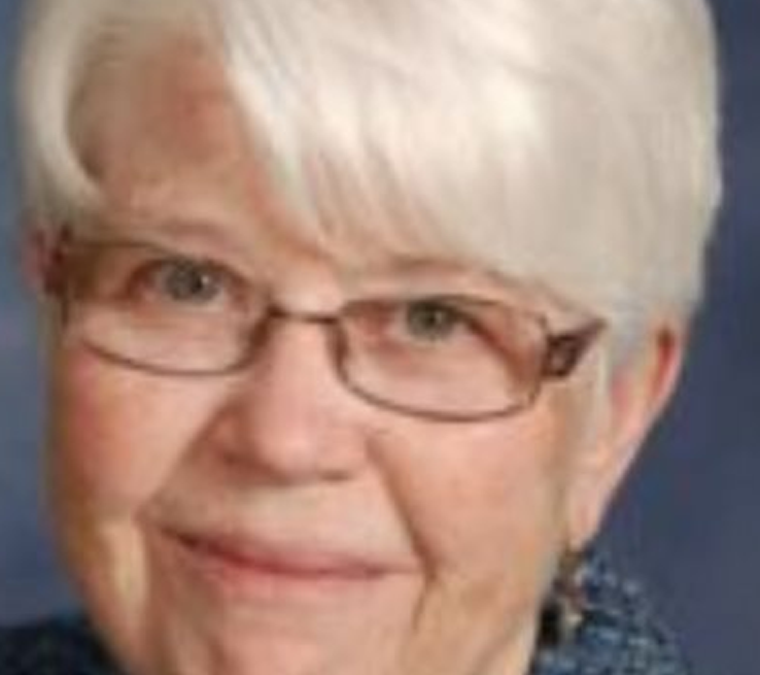 Sister Lois was born in Newton, Mass., on May 8, 1948, the daughter of Mary Cavanaugh Barton and John Peter Barton. She had been a Sister of St Joseph for 54 years.

After graduating from St John’s Catholic Academy in Syracuse, Sister Lois entered the Sisters of St. Joseph on Sept. 15, 1966, and professed her final vows on Aug. 4, 1974. Sister Lois completed her BA in French at the College of Saint Rose and her MA from Middlebury College. She also studied French at Laval University, Quebec, Canada. As her ministries grew more varied, Sister Lois completed numerous certificate programs, aided by her great love of reading.

Sister Lois spent her entire ministerial life in the Binghamton area, first as a high school teacher of French and later as director of new members for the Sisters of St. Joseph, followed by service as director of religious education for several parishes. The Diocese of Syracuse then appointed her head of the Southern Region, overseeing parishes and faith-formation opportunities.

For nearly 40 years, Sister Lois lived in community at The Spiritual Center, a retreat and renewal center in Windsor, N.Y. Here she was the enthusiastic “meet and greet” sister for those who came seeking retreats, direction and spiritual growth. She also offered her own exceptional gifts to the wide variety of persons from all faith communities and walks of life. Sister Lois was particularly gifted as a spiritual director and she found joy in this ministry.

In 2013 Sister Lois realized a dream of many years, founding The Sophia Center for Spirituality in Binghamton. Co-founders Lois and Barbara Kane described their desire to help people deepen their personal relationship with God through contemplative prayer and meditation. To this end they offered weekly prayer and contemplation groups, “lunch with the psalms” sessions, spiritual direction and exploration of the wide mystic traditions in Christianity and beyond.

Sister Lois served on numerous congregational committees and was regularly elected as a delegate to meetings. She treasured her sister and brother, Paula and John, as well as a host of cousins. She and Paula loved to travel and enjoyed seeing France, Holland and other sites. She retained a deep affection for her home state, Massachusetts; it was there that she was ultimately embraced by the God she served with such commitment and joy.

Sister Lois is survived by her sister, Paula Barton, and her brother, John (Debbie) Barton, a multitude of loving relatives and friends, three generations’ worth, and the Sisters of St. Joseph, who will miss her radiant presence dearly. In particular, she will be missed by her faithful local CSJ community, Sisters Elizabeth Newell, Susan Reschke and Paula Browne.

Sister Lois’ funeral was held Sept. 3 at Our Lady of the Assumption Church, Latham. Burial was to follow in the community cemetery of the Sisters of St. Joseph. Contributions in Sister’s memory may be made to The Office of Mission Advancement, St. Joseph’s Provincial House, 385 Watervliet-Shaker Road, Latham, N.Y., 12110.