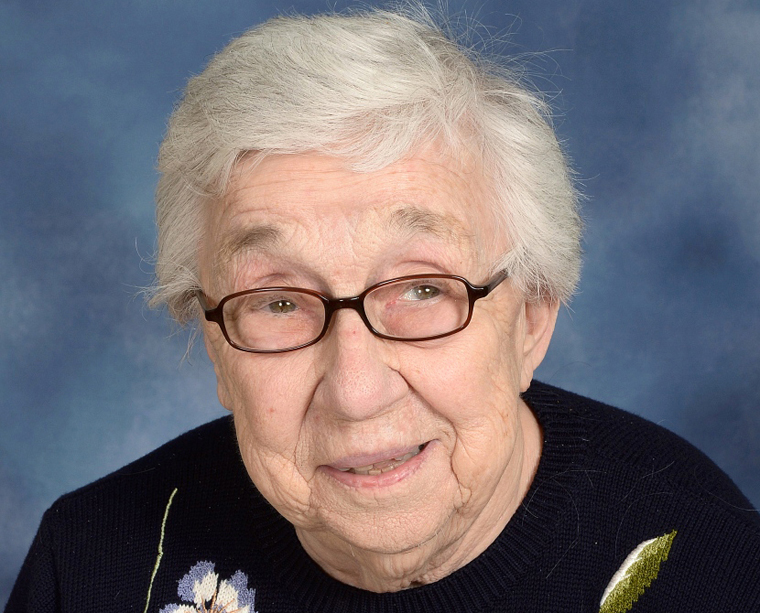 Sister Mary Alice was born in Troy, N.Y., on Aug. 1, 1930, daughter of the late Timothy and Alice Lansing O’Connor. After graduating from Catholic Central High School, she entered the novitiate of the Sisters of St. Joseph on March 19, 1949; she professed final vows on Aug. 15, 1956.

Sister Mary Alice received a bachelor’s degree in music from The College of Saint Rose and a master’s degree and doctorate in music, both from the Catholic University of America. For the first 18 years of her ministry, she taught music in schools of the Albany and Syracuse dioceses and served as a music director in a parish. In the Syracuse Diocese, she taught at St. Paul’s School and St. Patrick’s School, Binghamton, and St. Lucy’s School and St. Anthony’s School, Syracuse. After completing her doctoral studies, Sister Mary Alice began a 33-year career at the Catholic University of America, beginning as an assistant professor and eventually serving as the director of both the degree program in liturgical music and the undergraduate program in music education. In 2007, Sister Mary Alice retired to St. Joseph’s Provincial House, Latham, where she continued to use her musical gifts to bring joy to the sisters as well as to the clients in the adult daycare program.

When one of the sisters reflected on her own becoming a Sister of St. Joseph, she recalled that Sister Mary Alice had given her one piece of advice: “Always be generous with your time, talent and presence.” Sister Mary Alice lived those words. She believed that musical talent and inspiration were not given to an individual to keep but were instead gifts to be freely shared with others, and she found great joy in embracing that concept. Whether Sister Mary Alice was designing a curriculum, teaching music students, traveling with family, directing a glee club, or making music with friends, she was creative, energetic, engaging, and fun. She listened reflectively, responded attentively, laughed easily, and affirmed frequently. Sister Mary Alice was a woman of faith who leaves us a legacy of living with kindness, generosity, and joie de vivre; she will be dearly missed.

Sister Mary Alice is survived by her cousin John Clinton and his family, and the Sisters of St. Joseph of Carondelet with special mention of her dear friend, Sister Patricia Houlihan. In addition to her parents, she was predeceased by her sisters, Joan O’Connor and Nancy Keeley, and her brother-in-law, James Keeley.
Due to the continued health concerns regarding the COVID-19 pandemic, there will be no public visitation or funeral services for Sister Mary Alice at this time. A Memorial Mass will be scheduled at a later date.