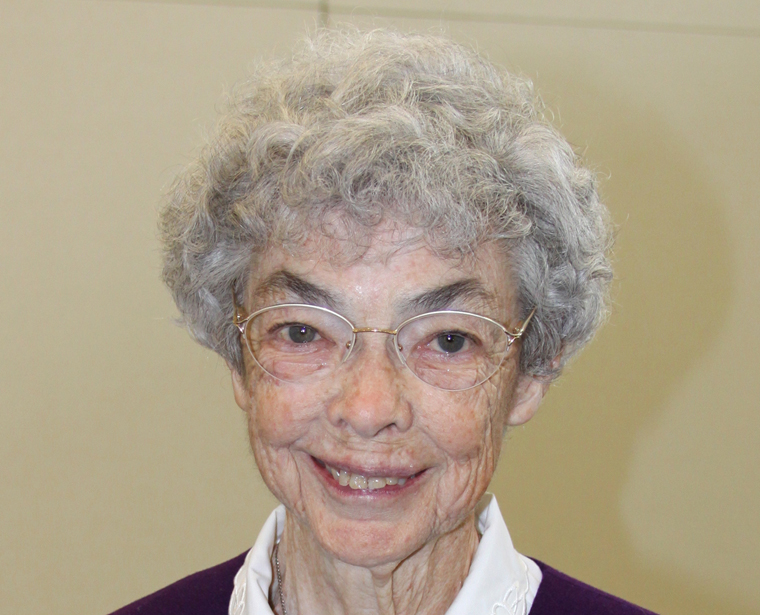 Sister Ruth Cecilia Dowd, CSJ, 86, died on March 24 at The Grand Rehabilitation and Nursing at Barnwell, Valatie, N.Y. Sister Ruth was born on March 29, 1935, in Seneca Falls, the daughter of Dr. Francis Erwin Dowd and Ruth Cecilia Carroll Dowd. She had been a Sister of St. Joseph of Carondelet for 68 years.

After graduating from St. Aloysius Academy, Rome, N.Y., in 1953, Sister Ruth entered the Sisters of St. Joseph on March 19, 1954, professed her first vows on March 19, 1956, and professed final vows on Aug. 15, 1961. Sister Ruth earned a bachelor’s degree in elementary education from the College of Saint Rose in 1966 and a master’s degree in reading from the State University at Albany in 1970.

Sister Ruth taught for 40 years in elementary schools in the Albany and Syracuse dioceses, including very special years at St. Patrick’s School in Syracuse. She loved teaching, especially children in the primary grades. As a teacher, Sister Ruth always went above and beyond what was expected. For her excellence she received the St. John Baptiste de La Salle award for outstanding contributions to Catholic Education in the Syracuse Diocese. Sister Ruth also served as Parish Minister and Director of Religious Education in parishes in both Albany and Syracuse.

Sister Ruth was a much-loved creative and generous woman. A tap dancer from 7 years old on, she brought this talent to her religious community, taught dance to her students, and entertained at school and parish events for many years, always making clear to her audience that dancing filled her with joy.

Remembered as a generous family member and friend, Sister Ruth always wanted to do something for others. For every friend, for every niece and nephew, whether present or far away, Sister Ruth’s birthday and holiday gifts were part of the day’s celebration. A pilgrimage Sister Ruth treasured was a trip to Ireland where she embraced both her relatives there and her beloved Irish heritage.

In August of 2019, Sister Ruth retired to St. Joseph’s Provincial House where she remained until she moved to The Grand Rehabilitation and Nursing at Barnwell for further care. Sister Ruth was predeceased by her parents and her brothers, Francis and Richard. She is survived by her sister-in-law Betty Dowd, her nieces, Colleen Kearins, Patrice Giess, Joan Gleason, and Mary O’Leary, her nephews Thomas and Ned Dowd, and numerous cousins, all of whom lovingly cared for her as she had always for them. Sister Ruth’s memory is also precious to the Sisters of St. Joseph.

Due to continued health concerns regarding the COVID-19 pandemic, there will be no public visitation or funeral services for Sister Ruth at this time. A memorial Mass and celebration of her life will be held at a later date.