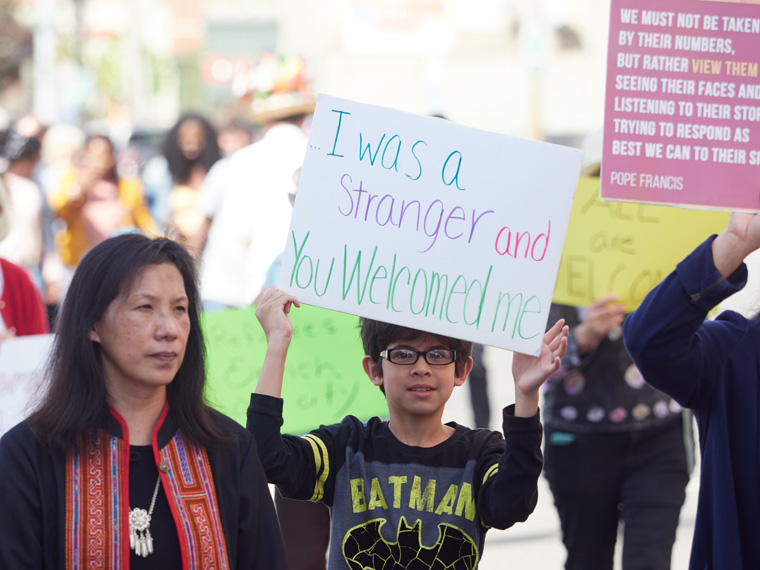 A group of more than 175 paraded from Catholic Charities’ Northside CYO to the Cathedral of the Immaculate Conception Sept. 29, providing a powerful witness on the 105th World Day of Migrants and Refugees. Marchers included migrants and refugees from Somalia, Bosnia, Syria, and many other countries around the world — individuals and families who now call Central New York home. After walking through the Northside, an area of the city that has been home to immigrants for generations, marchers gathered at the Cathedral (far right) for an interfaith service that included reflections from several individuals who came to America as refugees, music by the Congolese choir of All Saints Parish (bottom right), and a prayer by All Saints pastor Father Fred Daley. (Sun photos | Chuck Wainwright)

Although his film is called “Francesco,” director Evgeny Afineevsky said the main character of his new documentary “is us, humanity,” and Pope Francis simply is the one “trying to point us in the right direction.”
Iraqis fear their country, already weary from years of war, may be dragged into a conflict between the United States and Iran, following the U.S.-targeted killing in Baghdad of Iran’s top general, Qassem Soleimani.