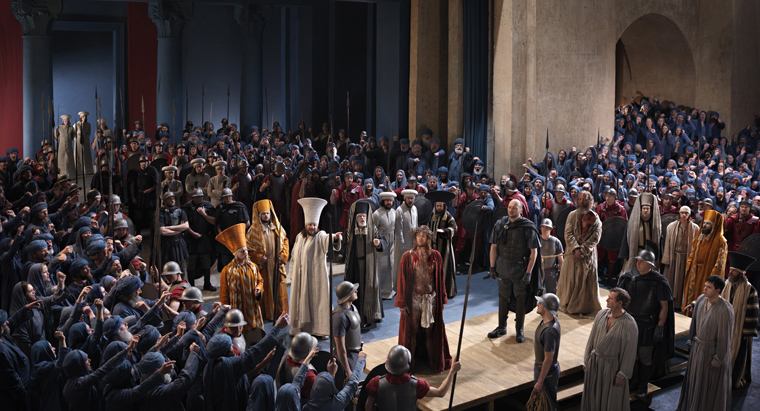 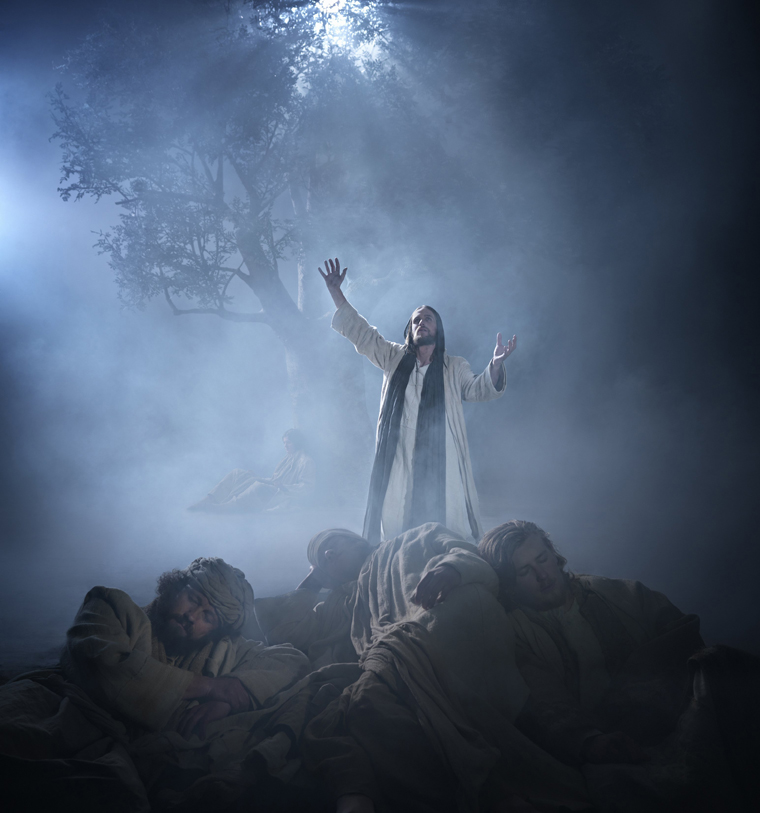 Actor Frederik Mayet portrays Christ at the 2010 Passion Play Theater in Oberammergau, Germany. Mayet has been chosen as one of two actors to portray Jesus this year. The 2022 performance runs May 14-Oct. 2. (CNS photo/Brigitte Maria Mayer, Passion Play 2010)

In 1633, at the height of the Reformation, the Black Death was sweeping through Europe, including the southern German region of Bavaria. The terrified people of one small village decided to do something to protect themselves from this pandemic: The villagers vowed that every 10 years they would perform a “Passionsspiel”—a play depicting the Passion of Christ—should their hamlet be spared.

The pandemic spared the village of Oberammergau, and on Pentecost the following year the villagers staged their first Passion Play, at the town’s cemetery. It has been performed by the villagers at regular intervals ever since, most recently in 2010.

Now, 389 years after that pandemic, Oberammergau is ready to stage another Passion Play, at a time when the world is waiting to mark the end of another pandemic. The Passion Play was originally planned to be performed in 2020, but COVID-19 caused cancellation. With foresight, the organizers decided to delay the play for two years. This year, from May 14 to Oct. 2, the play will be performed five days a week.

Oberammergau, population 5,400, is near the winter sports resort of Garmisch-Partenkirchen, and the village subsists on the revenue of the play and the associated tourism. While those who produce and act in the play are driven by local pride and piety, the organizers of the modern Oberammergau Passion Play are motivated by economics.

Performances are sold out well in advance. In 2010, half a million people attended the 102 performances. One day fights broke out at the box office when 300 people came to compete for 40 available tickets. Many of these multitudes come from afar, and they must sleep somewhere, eat, drink, buy souvenirs. The whole region around Oberammergau benefits.

The souvenir shops are plentiful, and the village’s world-famous woodcarvings are popular with visitors. Not all woodcarvings on sale are produced in Oberammergau; some are made in China.

But it would be unjust to dismiss the Passion Play as a purely commercial exercise. The Catholic faith infuses the air in Oberammergau, as it does throughout the region—most of Germany’s remaining 21 Passion Plays are performed in Bavaria. The sincerity of those who take part should not be doubted. Only locally born people or residents of at least 20 years may act in the play; musicians and members of the chorus may be drawn from surrounding areas. The cast also includes animals, which need not be local.

For the 2,100 villagers who take part, it is a labor of love and, for many, an exercise in evangelization. There is not much in it for most of them, but the sacrifices are many. Some actors take unpaid leave to participate. Outside the leading roles, the actors do not earn much. And there are fines for transgressions, such as laughing on stage.

In return for their modest remuneration, the cast members invest many hours of practice every night from January to the opener in May. The men must grow long hair and beards—by a traditional decree promulgated by the mayor.

Since November 2018, everyone has known what their role will be, from the leads to understudies to ushers. One of the two Jesuses, Frederik Mayet, a 41-year-old art director at a Munich theater, played that role in 2010. Years before that, he played St. John—and 2010’s John has been promoted to the role of Judas in 2022.

This year’s alternate Jesus is Rochus Rückel, at 25 the second-youngest actor to play the part in the Passion Play’s almost 400-year history. The two actors playing Annas, the high priest Caiaphas’ ruthless father-in-law, have been performing in the play since 1950.

It is not spoiling any plotlines to reveal that the story culminates in the Resurrection. In 2010, the last words in the Oberammergau play belonged to the choir, which declared: “Hallelujah! Praise, honor, adoration, power and majesty be yours, forever and ever!”