Pope Francis to meet Trump at Vatican May 24 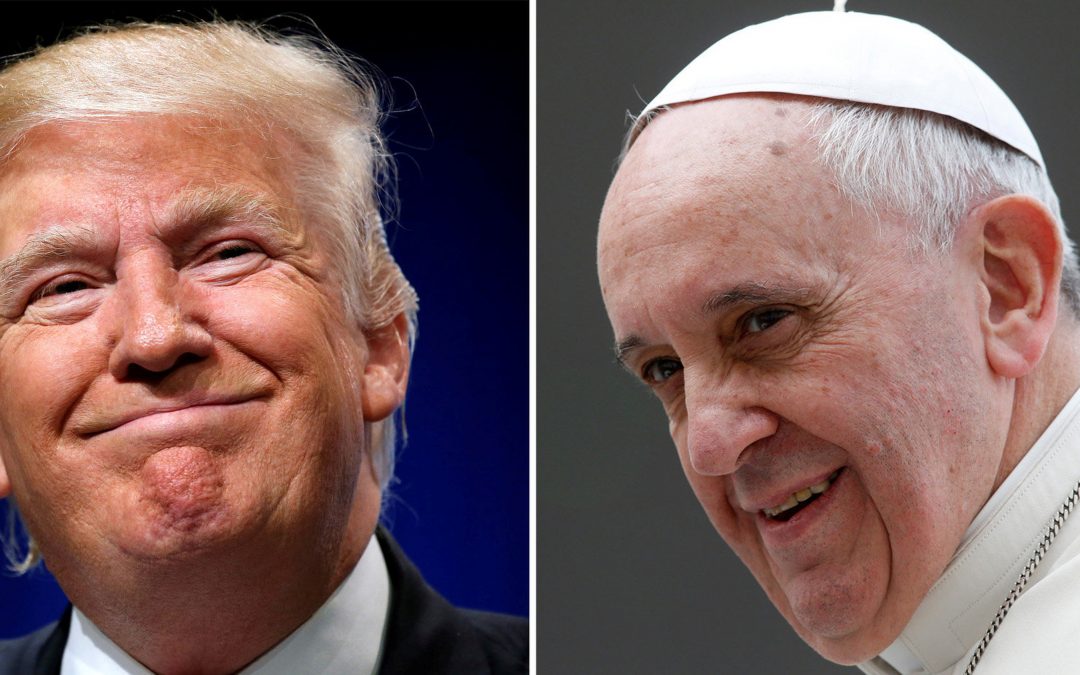 WASHINGTON (CNS) —  President Donald Trump will visit the Vatican and meet with Pope Francis May 24 as part of his first foreign trip as president.

White House officials said the visit will be part of a trip that will include stops in Israel and Saudi Arabia before Trump attends a NATO meeting in Brussels May 25 and the G7 summit in Taormina on the island of Sicily May 26-27.

The trip was an attempt to unite three of the world’s leading religious faiths in the common cause of fighting terrorism, reining in Iran, and “unifying the world against intolerance,” White House officials said May 4.

The information was confirmed by Paloma Garcia Ovejero, vice director of the Vatican press office.

The pope’s meeting with Pope Francis was to take place in the Apostolic Palace and will include Cardinal Pietro Parolin, Vatican secretary of state, and Archbishop Paul Gallagher, secretary for relations with states.

Pope Francis, on his return flight from Egypt April 29, told reporters that he had not yet been informed by the Vatican secretary of state’s office about a request for an audience from U.S. officials. But he added, “I receive every head of state who asks for an audience.”

Trump said at an April 20 news conference with Italian Prime Minister Paolo Gentiloni that he was interested in meeting with the pope.