Pope makes surprise visit to community for people with Alzheimer’s 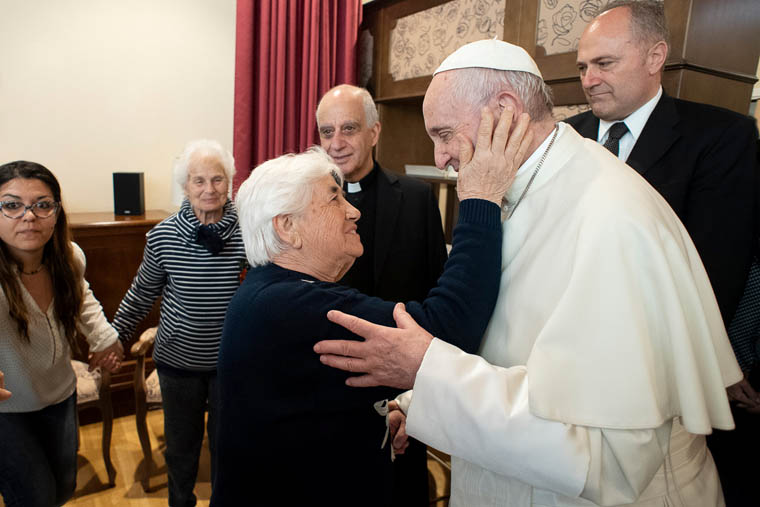 ROME (CNS) — Drawing attention to the special needs of people with Alzheimer’s disease, Pope Francis made an afternoon visit to a community of group homes designed to keep residents active and living as normal a life as possible.

The pope’s visit April 12 to Emanuele Village on the northern edge of Rome was part of his continuing series of “Mercy Friday” visits, which he began during the Holy Year of Mercy in 2015-16 to highlight the corporal and spiritual works of mercy.

Emanuele Village consists of 14 group homes, each with six residents, as well as a small supermarket, hair salon, coffee bar and restaurant, “allowing the residents to live as normally as possible, reproducing many of the little aspects of daily life,” and helping them maintain ties with others.

Pope Francis surprised many of the residents and staff who were in the village courtyard when he arrived, the Vatican said. He also visited some residents who were resting in their rooms and others who were involved in various recreational activities.

“With this visit, the Holy Father wanted to give attention to the conditions of exclusion and solitude that a disease like Alzheimer’s risks creating” and the obligation to respect the dignity of people living with the disease, the Vatican said.