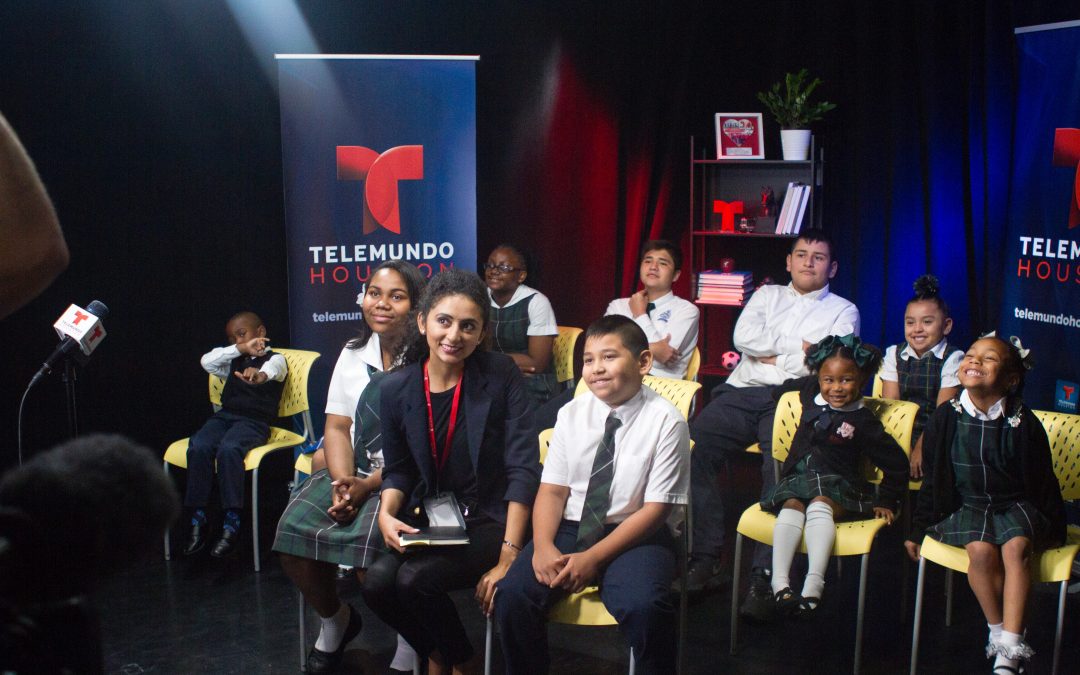 ROME (CNS) — Pope Francis said that there are no easy answers to the suffering and destruction wrought by hurricanes and that while such disasters happen naturally, humankind must also take responsibility for not caring for the environment.

In a video chat with young children participating in a program of the international network of “Scholas Occurrentes” Oct. 26, the pope spoke with children from Texas and Puerto Rico, where Hurricanes Harvey and Maria struck hardest.

“If God loves us all, why did he make hurricanes and heavy rains?” asked Pedro Garcia, a 9-year-old Mexican-American boy living in Houston who lost his home after Hurricane Harvey struck Texas.

The pope said that there are questions even the most intelligent person can’t answer and that can only be answered with “solidarity, with a hug and to be close to those who suffer.”

“When I am asked these kinds of questions — I confess with all sincerity — I don’t know how to answer,” Pope Francis said. “Do you know why? Because there isn’t an answer. The only thing I can do is look at the cross and ask, ‘Why did God allow his son to be crucified?’”

The only answer to Christ’s suffering on the cross and the sufferings of others, he continued, is God’s love because “when Jesus was on the cross, he never forgot that his father cared for him and loved him.”

“When these misfortunes happen to us, we cannot forget that the father loves us,” the pope said.

However, he also said that people must take responsibility for actions that have contributed to the worsening of such natural disasters and pleaded with men and women to “care for the world and for nature.”

“‘But no, we want to build a pipeline so that we can make more money.’ Yes, why do you need money? So that you can pay for the funeral service because that is where this will take you, your country, the earth and all of us. Care for the earth!’ the pope said.

Pope Francis also spoke with children from Loiza, Puerto Rico, one of the poorest areas on the island that was devastated by Hurricane Maria one month ago.

Ariana, a 5-year-old girl, cast a serious look at the pope and said, “Hi, Pope Francis. When are you coming to Puerto Rico?”

The young girl cracked a little smile as Pope Francis laughed at the directness of her question.

Alejandro, 8, didn’t ask a question but pleaded with the pope, “in the name of all the children like me,” to “remember Puerto Rico because we are going through a very difficult situation.”

The pope thanked Alejandro and sent a greeting “to all the children of Puerto Rico” and encouraged them to “keep moving forward.”

Before ending the conversation, Ariana had one final request for the pope: “Papa, I ask you to pray for Puerto Rico’s recovery and for peace in the world.”

Visibly moved by the little girl’s request, the pope said: “Yes, my dear, I will do that. And if you children pray for peace in the world, you will be heard. Do not doubt that.”