Pope: True Christians must remain hopeful, not ‘whiny and angry’ 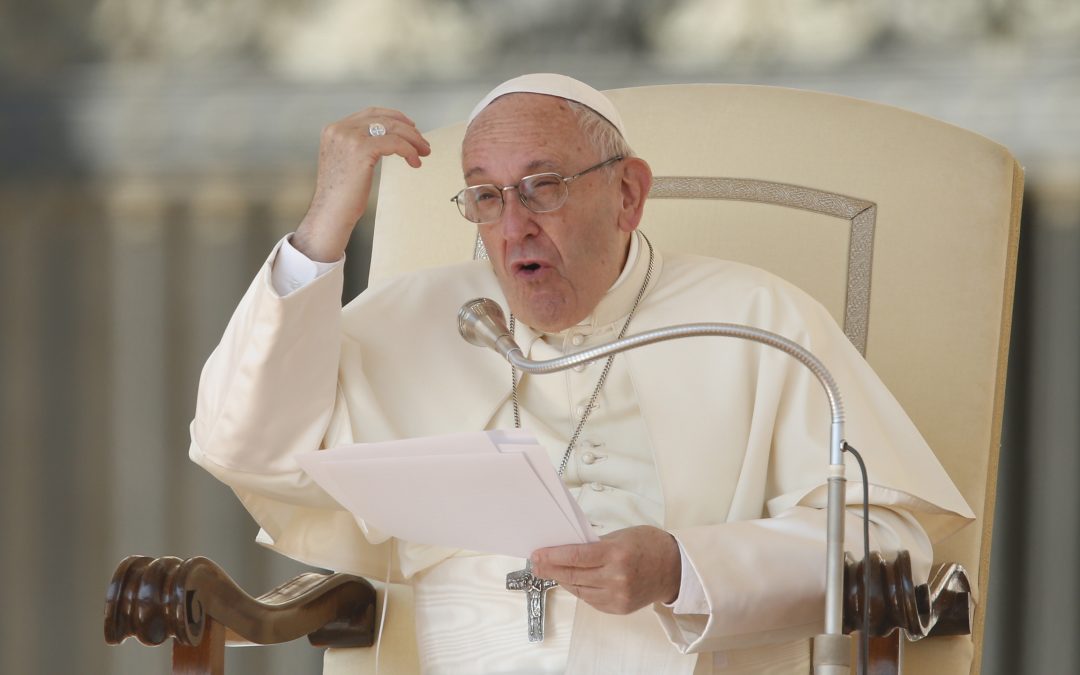 VATICAN CITY (CNS) — Real hope lies in the proclamation of Jesus’ death and resurrection, not just with one’s words but also in deeds, Pope Francis said.

Christians are called to be witnesses of the resurrection through “their way of welcoming, smiling and loving” instead of just “repeating memorized lines,” the pope said Oct. 4 during his weekly general audience.

“Look,” he said, “that’s what a real Christian is like, not whiny and angry, but convinced by the power of the Resurrection that no evil is infinite, no night is without end, no person is permanently in error, no hatred is stronger than love.”

Arriving later than usual, Pope Francis was quickly ushered around St. Peter’s Square to greet the estimated 15,000 pilgrims, stopping only once to greet a crying child.

The pope continued his series of audience talks on Christian hope, reflecting on a reading from the Gospel of St. Luke, which describes the astonishment and disbelief of the disciples upon being visited by the risen Christ.

Christians are not “prophets of doom” but rather missionaries of hope who are tasked with proclaiming Jesus’ death and resurrection, which is “the nucleus of Christian faith,” Pope Francis said.

“If the Gospels ended at Jesus’ burial, the history of this prophet would be added to the many biographies of heroic people who have given their lives for an ideal,” the pope said. “The Gospel would then be an edifying and consoling book, but it would not be a proclamation of hope.”

Instead, he continued, Jesus’ resurrection is not only “beautiful news that is brought to everyone,” but rather a powerful event that “transforms us by the power of the Holy Spirit.”

However, at times proclaiming hope may come at the price of one’s own life, as it did for the disciples, the pope said.

Recalling the lives of countless Christian martyrs who “did not abandon their people when the time of persecution came,” Pope Francis said their witness and sacrifice proved that “injustice is not the final word in life.”

“Let us think of our brothers and sisters of the Middle East who give witness to hope and offer their lives for this witness,” the pope said. “These are true Christians. They carry heaven in their hearts.”

“Those who have had the grace to embrace the resurrection of Jesus,” he said, “can still hope in the unexpected.”