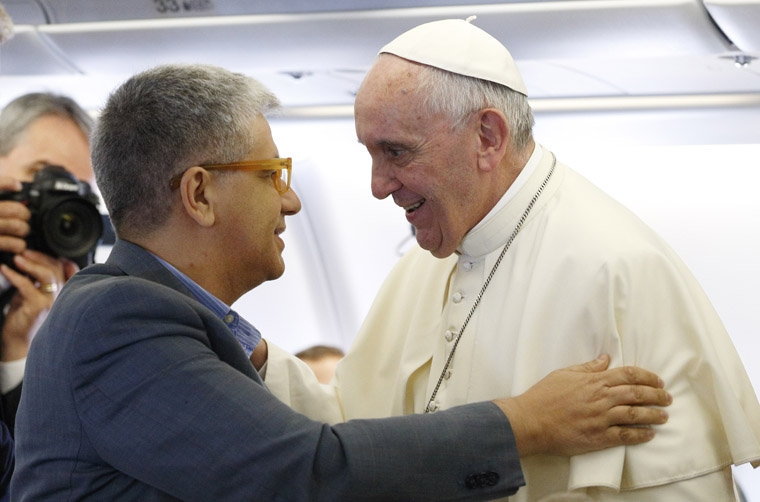 VATICAN CITY (CNS) — The rise of media that call themselves Catholic but seem to exist only to judge others is less about criticizing Pope Francis and more about the misguided notion that to affirm one’s own orthodoxy, one must find someone to label a heretic, said a Vatican communications official.

Andrea Tornielli, the new editorial director of the Dicastery for Communication, was commenting on Pope Francis’ remarks Jan. 24 to the bishops of Central America about Catholics losing compassion.

Successful evangelization, the pope told the bishops, does not need vast financial resources or dozens of events, but it does require “the centrality of compassion.”

However, Pope Francis added, “I worry that compassion is losing its centrality in the church. Even Catholic groups have lost it, or, to be less pessimistic, are losing it.”

“In some Catholic communications media, there is no compassion,” the pope said. Instead, one finds “schism, condemnation, malice, fury, self-aggrandizement (and) the denunciation of heresy.”

Tornielli, writing for Vatican News, said the picture painted by the pope “unfortunately is a reality in front of everyone’s eyes: even among media that proclaim themselves Catholic, there is the spreading habit of wanting to judge everything and everyone, putting themselves on a pedestal and getting worked up especially over brothers and sisters in the faith who have different opinions.”

“One must not think this profoundly anti-Christian attitude — even if carried by ‘Catholic’ media — is a transitory phenomenon tied only to the daily criticism of the current pontiff,” Tornielli wrote.

The posture of such Catholics, he said, has less to do with the way Pope Francis challenges their assumptions and their faith and more to do with them thinking “each day my identity requires me to pick an enemy I can pounce on, someone to attack, someone to condemn, someone to judge as a heretic.”