Reflections on the seven last words of Christ 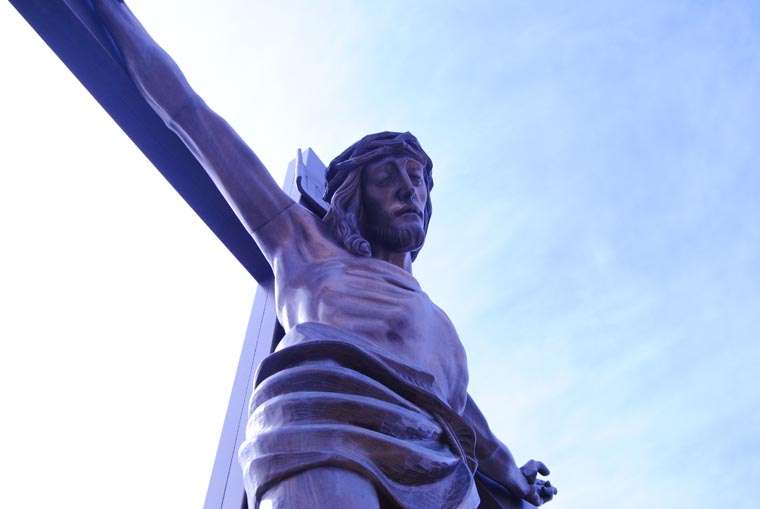 Editor’s note: Throughout Holy Week 2015, the diocese offered on its social media platforms a reflection series on the seven last words of Christ. Excerpts from that series appear below. To read and participate in the complete series, follow the diocese on Twitter @SyrDiocese, Facebook at facebook.com/DioceseofSyracuse, and Instagram @syracusediocese; search #7LastWords.

The “seven last words of Jesus” are not really seven words, but rather seven incredibly poignant phrases uttered by Jesus as he died on the cross.

Join us as we read and reflect on the seven last words.

We are all sinners. We know that, if we repent, God grants us forgiveness and we will be welcomed into His kingdom when we die. Jesus spoke of forgiveness twice on the cross: First, he asked his Father God to forgive those who put him to death and now, despite his pain and suffering, he offers a promise of mercy and life everlasting to the criminal hanging beside him.

Jesus offers us the same promise. So how do we make it to paradise? We pray. We repent. We live out the example of Jesus, our savior. And when we make mistakes — which we will — we ask for forgiveness.

Mary knew that when she said “yes” to God and gave birth to his only son that her journey would not be easy. She most certainly suffered a great deal as she watched him be tortured, mocked and crucified.

And again, in the midst of great physical pain, Jesus is thinking of others and not of himself when he speaks the third word. He wants his mother to know that she is going to be all right, that she will be taken care of. He tells her that John, the “disciple whom he loved,” is now her son. He then tells John that Mary is now his mother. Consider how desperately Jesus may have wanted to touch his mother, to have her comfort him one final time. Bringing John and Mary together was his way of saying goodbye to her, and “I love you.”

But Jesus did not only give his mother to John. He gave her to us, too.

In today’s society, many people are afraid to be vulnerable because they think it may be mistaken for weakness. But showing our sensitive side is actually a sign of strength. It shows people that we’re not afraid to admit that we have shortcomings, because we know that God loves us anyway.

By calling out to his Father, Jesus showed us that he’s no different from us. He was scared. And in that moment, he cried out in fear to his Father.

Jesus was not only thirsty for drink. He was thirsty for our souls. Recall Jesus’ encounter with a Samaritan woman at the well in John, chapter 4, when he asked for a drink. The woman was bewildered, for Jews did not share drink with Samaritans. But Jesus replied, “If you know the gift of God and who is saying to you, ‘Give me a drink,’ you would have asked him and he would have given you living water.” It was not actual water that Jesus spoke of, but rather the promise of eternal life. He thirsted for the woman’s soul, to give her eternal peace in Heaven with God.

Jesus the man had a chance to drink wine mixed with myrrh prior to his crucifixion, but he declined. The drink would have acted as a sedative, dulling some of his pain. But Jesus wanted to experience his full suffering — so that we would never have to know that kind of pain.

Some onlookers believed the sixth word to be a cry of defeat. But no, this was a cry of victory! Jesus had done what he had been born to do. He had fulfilled his Father’s plan. He had saved us from our sins.

Each year, on Good Friday, we bear witness to the death of the Savior. Imagine this year that you’re standing at the foot of the cross, looking up at Jesus as he cries out to his Father in Heaven.

How will you go forward and live a life that will please Jesus, a life of gratitude for what Jesus did for us?