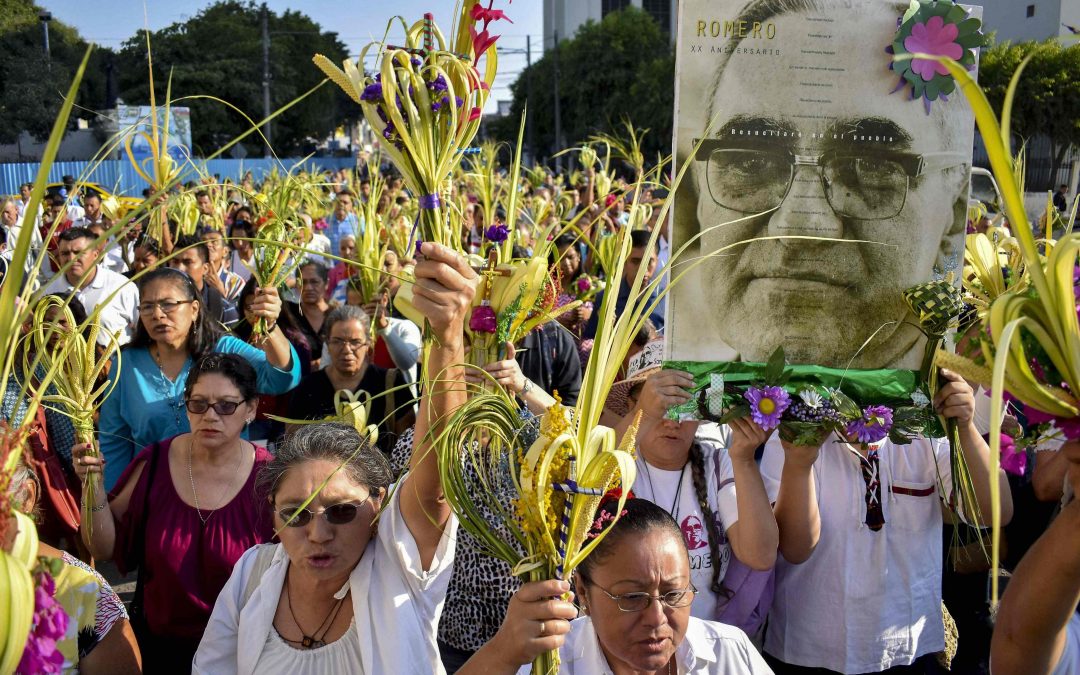 SAN SALVADOR, El Salvador (CNS) — Catholic officials in El Salvador were shaken and expressed outrage and sadness after the assassination of a 36-year-old priest during Holy Week, in what some suspect may be a gang killing.

Authorities said Father Walter Vasquez Jimenez was traveling with parishioners March 29 to officiate a Holy Thursday Mass in San Miguel when their car was stopped by an armed group wearing masks. The other passengers were set free after their belongings were taken, but Father Vasquez was abducted, shot and left to die.

Father Vasquez worked for the Diocese of Santiago de Maria in the eastern part of El Salvador.

“We’re shocked and very worried about what’s taken place,” said San Salvador Archbishop Jose Luis Escobar Alas, clearly shaken by the news as he spoke in a local television interview just minutes after wrapping up a Holy Thursday Mass. He urged an investigation of the killing.

Although authorities were not giving many details, local newspapers said the priest had been threatened by gangs and that he changed his telephone number after the threats. Many suspect he was the latest victim of rampant violence, and perhaps the first priest killed by gangs that have ravaged the Central American nation considered one of the most dangerous countries not at war.

Archbishop Escobar said he wanted “justice,” but the church has been given few details by authorities, other than the news of the priest’s death. He said the death of the priest was a “sacrilege.”

The Diocese of Santiago de Maria, in a statement, said: “We reject violence in all its forms,” but particularly the killing of Father Vasquez during Holy Week. He had just renewed his vows as a priest earlier that day, the diocese said.

The diocese asked authorities to investigate the crime, which, it, too, referred to as a “sacrilege.”

In Soyapango, a large suburban center near San Salvador that has suffered its share of gang violence, priests asked for prayers for Father Vasquez’s family, friends and parish during the Stations of the Cross. Though security was stepped up, some in the crowd expressed fears about participating in remaining religious acts outdoors, saying the killing was not a good sign about violence in the country.

The office of human rights for the Archdiocese of San Salvador said in a March 30 statement that “the aggravated homicide of Father Walter Vasquez is the most serious violation of the right to life.”

“We condemn all the acts of violence that are committed daily against our people and that lead to homicides, such as the one committed against Father Walter Vasquez,” said Fathers Estefan Turcios Carpano and Luciano Ernesto Reyes Garcia, the director and adjunct director for the office, Tutela Legal de Derechos Humanos.