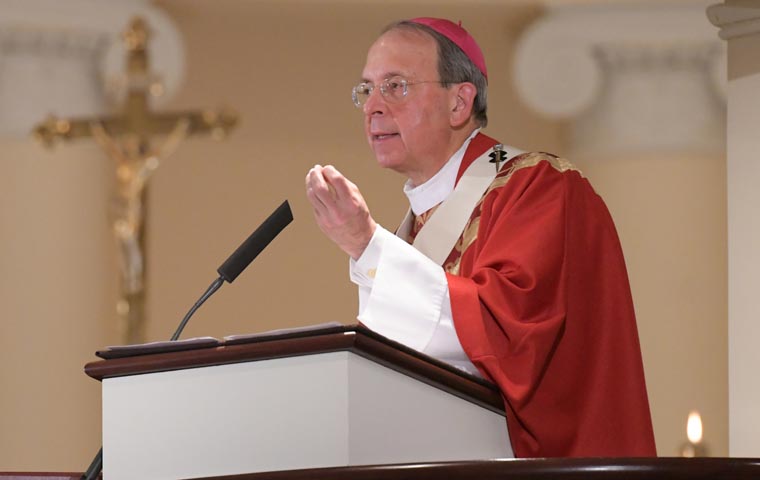 WASHINGTON (CNS) — U.S. Attorney General Jeff Sessions’ memo on religious freedom issued for all federal agencies and departments to follow “helpfully reaffirms that the law protects the freedom of faith-based organizations to conduct their operations in accordance with their religious mission,” a U.S. archbishop said.

The guidance “helpfully reaffirms that the law protects the freedom of faith-based organizations to conduct their operations in accordance with their religious mission,” said Archbishop William E. Lori of Baltimore, chairman of the U.S. Conference of Catholic Bishops’ Ad Hoc Committee for Religious Liberty.

His Oct. 12 statement addressed Sessions’ memo of Oct. 6 that identifies 20 “high-level principles,” as it terms it, “that administrative agencies and executive departments can put to practical use to ensure the religious freedoms of Americans are lawfully protected.”

Department of Justice officials who spoke with reporters by phone prior to the release of the guidance on religious liberty, stressed that the guidance memo does not “create or authorize new protections” but instead summarizes the law and “makes clear that religious liberty is not just a right to personal belief” but accompanies all parts of life.

The guidance offered in the document “describes rules but does not authorize anyone to discriminate,” an official added.

The U.S. Constitution’s protection of religious beliefs and the freedom to exercise such beliefs “have served this country well,” have made the United States “one of the most tolerant countries in the world, and have also helped make us the freest and most generous” nation, it said.

In his statement, Archbishop Lori said: “We appreciate the Attorney General’s clarification of these matters, which will protect faith-based organizations’ freedom to serve all those in need, including the homeless, immigrants, refugees and students attending religious schools.”