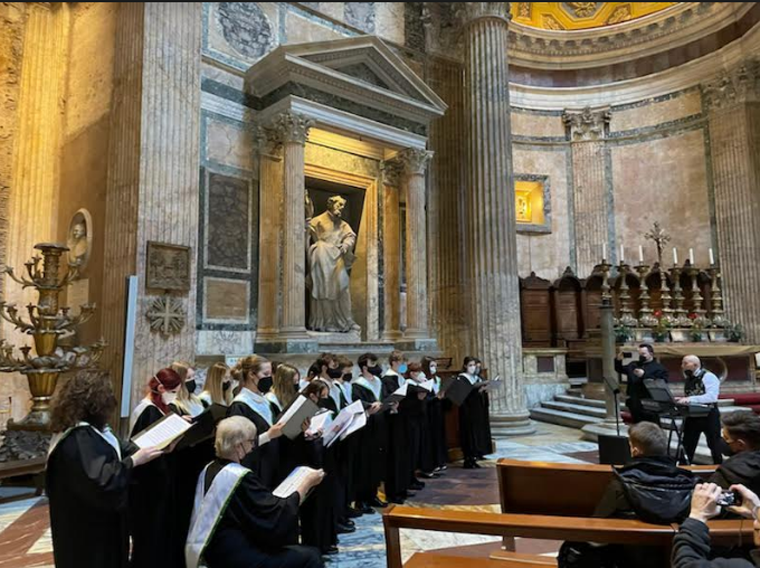 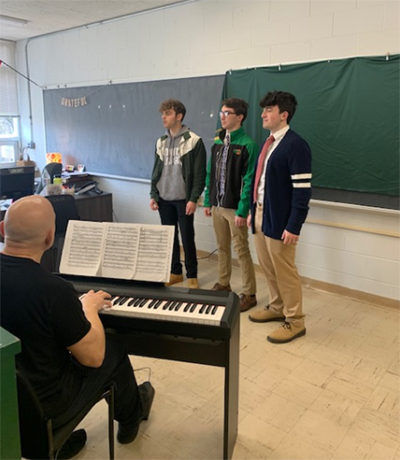 The Seton Catholic Central Select Choir has worked hard to prepare for their trip to Italy where they performed at several locations during their stay March 7-14. They sang at the Pantheon and at the Holy Father’s Wednesday audience. They were also to sing at Mass at the Cathedral in Sorrento, as well as perform an outside concert on the Cathedral steps. Additionally, they were to perform at the University of Sorrento.

In April, the Seton Catholic Central Select Choir will perform at Carnegie Hall. The Choir was invited to perform after winning many awards at the Boston International Festival. They won so many awards, the festival committee had to mail some to the school. They have also entered a competition to perform a mini-concert at Carnegie Hall. They will be competing with choirs from all over the United States.

Students are very excited that these opportunities are finally coming to fruition. The trips have been planned for nearly two years but were delayed due to COVID-19 restrictions. It’s been difficult waiting for the restrictions to be lifted especially for the seniors who were not sure if they would even have the opportunity. Matthew Beach, Adam Ackerman and Atticus Fauci are three seniors looking forward to their trip to Italy. The three Seton students have performed in numerous shows throughout their high school years including Forever Plaid and Plaid Tidings. They are well known for their performances as the Seton Barbershop Quartet which includes another Seton graduate. Atticus Fauci, in describing his experience at Seton Catholic, says, “I’m so proud to be a Saint … can’t express that enough. Roll, Green!”

Africa Harendza and Christina Burnett are two seniors who will be performing at Carnegie Hall. Both students have been in the Seton Catholic Performing Arts Program since elementary school. They credit their choir instructor, Mr. Jan DeAngelo,  as amazing as he helps them gain confidence through practice. They appreciate how, when they make a mistake, he is patient with letting them start over again so they can get it right. They have performed in many shows including most recently The Pirates of Penzance, The Lion King, Les Miserables, The Sound of Music and more. Throughout the years, they have made many friends and appreciate the close family atmosphere of the Performing Arts Program at Seton Catholic Central. Africa and Christina sum up their experiences at Seton Catholic in unison, saying “Swing Choir really connects us to the art of music and the people around us. … We wouldn’t change a thing.”

Mr. DeAngelo is working with a group of more than 40 students to prepare them for the performances in Italy and at Carnegie Hall. He comments, “I’m incredibly proud of these kids!  They have risen to the occasion and I’m sure will be a wonderful representation of the best of the Catholic schools of the Syracuse Diocese!”