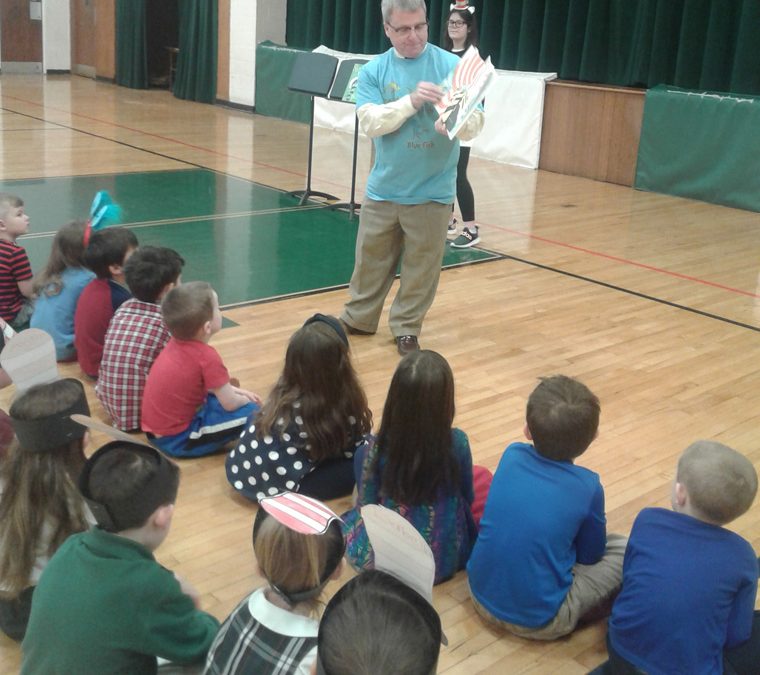 St. Margaret’s School in Mattydale celebrated Read Across America Day on March 2 by dressing up as Dr. Seuss characters and wearing crazy hats to school.

The students met in the gymnasium first thing in the morning to hear a Dr. Seuss story, “Yertle the Turtle,” read by sixth-grader Payton Campbell. Payton stated that the book she was reading was handed down through the generations in her family. It was her grandmother’s Seuss book.

Payton was followed by Michael McAuliff, school principal, as he read “Oh, the Places You’ll Go!”

The first-graders in Lisa Perla’s class met in the cafeteria for work that had the students using their imaginations based on given Dr. Seuss books.

Later in the day, all the students in the school performed Dropped Everything And Read (DEAR) within their classroom. They even got to sample some Seuss Snacks like Green Egg Treats, Truffala Fruits, Lorax Cuties, Red Fish Blue Fish Goldfish, and Hop on Popcorn! (Photo courtesy Lisa Perla)