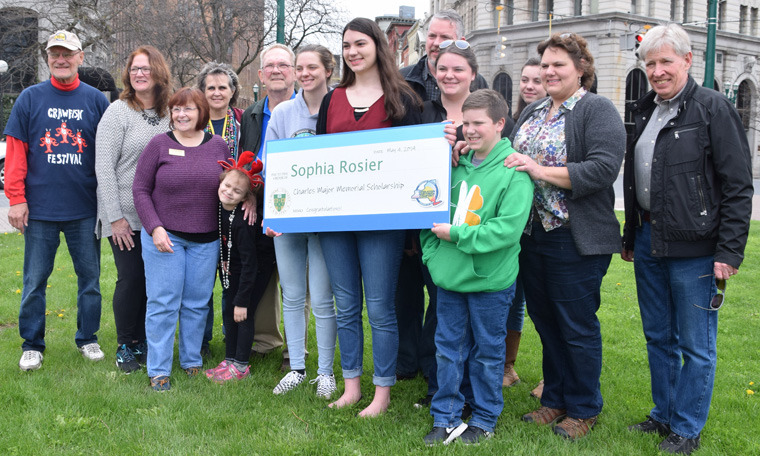 Sophia Rosier, a high-honors senior at Bishop Grimes High School, will attend Le Moyne in the fall. Her volunteer experiences include cooking for a number of functions at St. Joseph the Worker Parish in Liverpool. She has also worked at St. Joseph’s food pantry and kids’ bazaar, and she has taught at the Vacation Bible School. She is the embodiment of Father Major’s ideals.

Father Major died Sept. 5, 2018, at the age of 85. He attended Blessed Sacrament School in Syracuse and graduated from Christian Brothers Academy before enrolling at Le Moyne. Following graduation from college, he completed his seminary work at St. Bernard’s in Rochester. He received his master’s degree from Syracuse University. He spent more than three decades ministering at St. Joseph the Worker.

The scholarship will be an annual event, to be presented at the Crawfish Festival in Syracuse on the first Saturday in May as a tribute to Father Major.