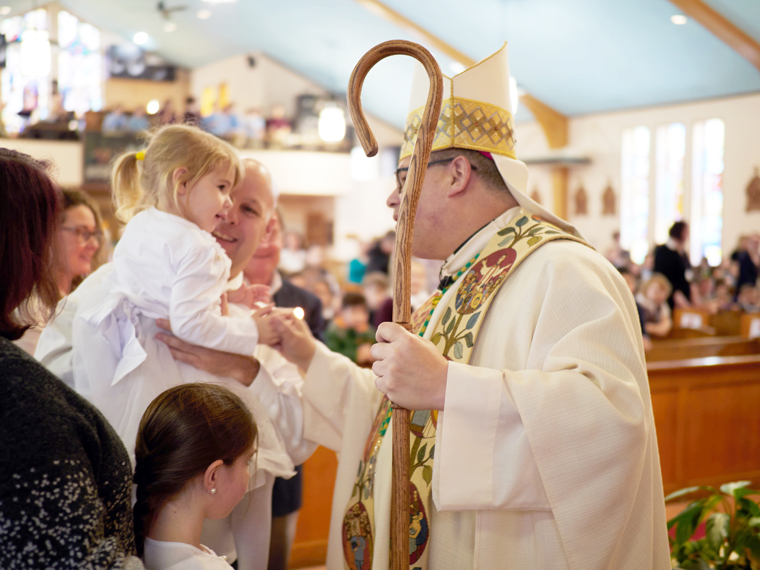 NORTH SYRACUSE — St. Rose of Lima second-grader Adeline Barrette, 8, and her sister Tatum Abert, 2, were baptized by Bishop Douglas J. Lucia at a special Catholic Schools Week Mass Jan. 31, surrounded by family, including parents Jesseca Barrette and James Abert; friends; classmates; and parishioners. Adeline, whose eighth birthday was also celebrated the same day, reported the water was not too cold and actually kind of tickled, and said that she was excited to have been baptized and to begin preparing for her First Communion. (Sun photos | Chuck Wainwright)