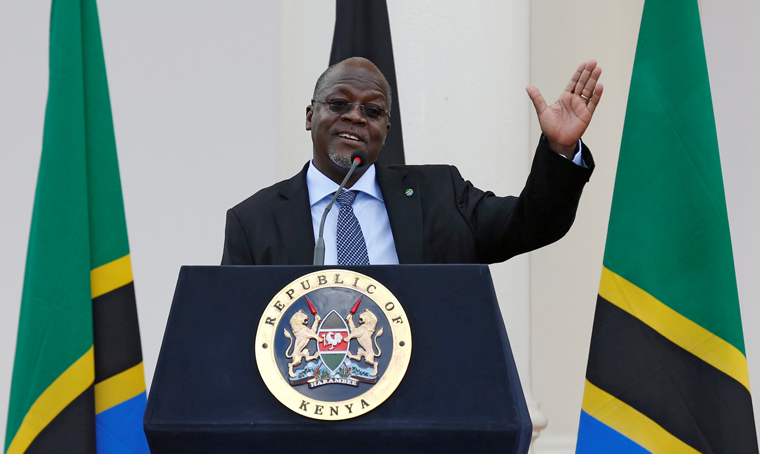 NAIROBI, Kenya (CNS) — Catholic Churches in Tanzania are remaining open alongside other churches, even as the rest of world shuts places of worship to stem the spread of COVID-19.

Church sources said thousands of people have been turning up for public Masses after an earlier presidential directive that churches and mosques remain open so that people can seek refuge and true healing.

Other East African nations have closed churches and ordered people to stay at home.

On Palm Sunday, thousands attended church services across the country, with many expected to heed the presidential directive on Easter, April 12.

“The churches are remaining open to act as a spiritual aid, apart from science, in combating the virus,” Father Chrisantus Ndaga, a priest in the Diocese of Bukoba, told Catholic News Service April 8. “We agree with the president’s directive. People are coming to pray and seek God’s intervention for an end of the pandemic.”

At the same time, he said all protective measures — including maintaining high hygienic standards, keeping social distances and avoiding practices that bring people into contact with each other — were being observed.

“We are also following the bishops guidelines … (holy) water fonts have been drained,” said Father Ndaga.

On March 22, amid global calls to separate people to stop the spread of the virus, President John Pombe Magufuli, a Catholic, told churches and mosques to continue gathering to praise and glorify God.

“The coronavirus cannot survive in the eucharistic body of Christ. It will soon be burned away,” he was quoted as saying.

But some politicians and health experts have raised a red flag that the failure to curb the church gatherings puts many people at risk.