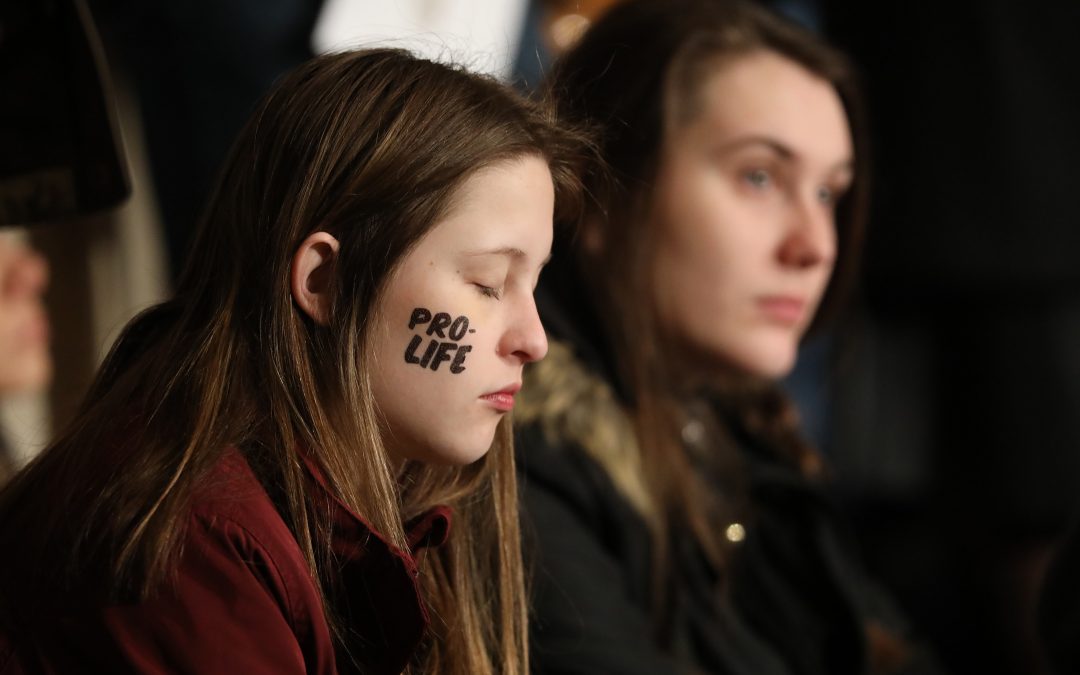 WASHINGTON (CNS) — Catalina Galinanes, this year’s student speaker at the March for Life rally on the National Mall, has been to almost as many marches as Jeanne Mancini, president of the March for Life Education and Defense Fund.

“It’s so inspiring and so powerful to go with family and friends,” said the junior at Oakcrest School in Vienna, Virginia.

She’s president of the school’s Respect Life Club. Forty students from the school were chosen to carry the parade-front banner for the entire duration of the march down Constitution Avenue to the Supreme Court.

It’s in keeping with this year’s theme, “Pro-Life Is Pro-Woman,” linking the pro-life cause to the women’s suffrage leaders who brought about the 19th Amendment, enabling women to vote for the first time.

“And so I thought it was appropriate that we have young women at the front of the march,” said Mancini in an interview with Catholic News Service ahead of the event.

Another 200 students from Colorado Christian University in the Denver suburb of Lakewood were chosen to carry pennants.

Putting the focus on young participants has been Mancini’s goal for some time.

That’s partly been the result of the organization’s aggressive use of social media. “Knowing that social media is a language that reaches young people, so there’s a pretty massive difference from eight years ago. I think we’re the most followed pro-life group on Instagram,” Mancini explained.

“When we do the surveys after the march to see who the favorite speakers were, by and large it’s always the young speaker, someone like Catalina, that people were excited to hear from, because they’re speaking for their generation.”

Young people “know that social justice begins in the womb, and they have such hopes that their generation will make abortion unthinkable.”

The long-established image of the marchers is of school groups in matching toboggan caps, and parish groups arriving by bus. But to anyone who has ever talked to marchers, a more nuanced picture emerges. Many are there as individuals or as couples who have come on their own.

Mancini has some personal experience with that as well.

“It’s almost like a call,” she agreed. “Someone in my family came for the first time last year. I think he felt a certain call to come. It really changed his heart.

“He’s going to be back this year. … He’s got all his work to rearrange and he has to come from way out West. The experience is really transformative. Something about standing up in a public way.”

“Just witnessing everyone standing up for pro-life” has an impact, Galinanes added.