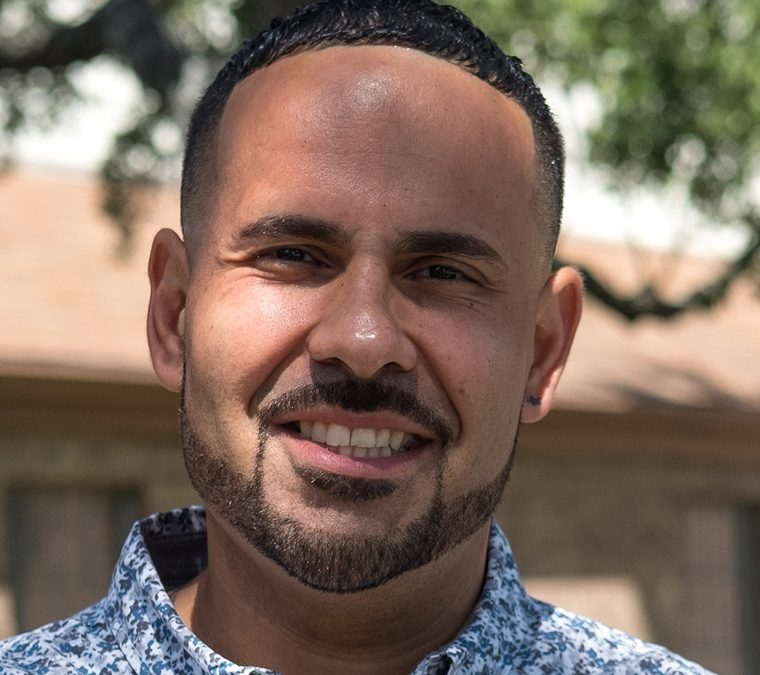 SAN ANTONIO (CNS) — Crowding around a painted portrait of St. Maximilian Kolbe, the Polish friar who died in a German concentration camp during World War II, prison inmates and retreat leaders smiled for a group photo at a recent July retreat.

And there was David Cotto, one of four former Texas prison inmates who shared their stories about the impact of the Kolbe retreats on their lives.

Cotto, a former gang member, explained how he was serving one of the three sentences he’d been given after a crime-ridden youth, his mother died. He said he struggled with the lack of self-forgiveness and grew deeply bitter about not being able to attend her funeral. In prison, he couldn’t cry because the virile culture prevented him from talking to anyone about his struggle with not ever being able to see his mother again.

Soon after, “God started putting people in my life that were part of the church,” he said.

He attended a Kolbe retreat at the prison in Dilley, Texas, where he as incarcerated and saw a “new door opened” with “radiance” pouring in. He hungered for more. It was because of his time in prison that he was able to encounter Christ, he said.

“I wasn’t physically free, but I was spiritually free,” Cotton explained. It took him nearly eight years to get out of prison, but “it didn’t even bother me,” because of his focus on God and God’s plan for his life.

Now out of prison and living in the Houston area, Cotto said it took time, but he knew God was “already working it out” for him because he “tried to cooperate with that grace in prison.”

His conversion to the Catholic faith helped him to leave gang life behind.

He said his peers in prison had their doubts about his new Christian life, but as soon as they saw the authenticity behind his efforts, those who questioned him backed off and even asked questions, wanting to learn more about the church.

He continues to write to his peers who are still in prison, several who are “laying down their flags for Christ” and embracing a Christian life.

Cotto told the 250 Kolbe Ministry leaders that he was “just pieces of all of you put together.”For Jerry Trzeciak, coordinator for the Kolbe Prison Ministries’ Houston northern region, stories such as Cotto’s are familiar. He has heard about similar experiences from his “hundred fold” encounters inside prison walls.

“We see this same type of impact that Christ has with those who are incarcerated for the rest of their natural life or might be in solitary administrative segregation,” he said. “God knows no boundaries.”

Galveston-Houston archdiocesan officials estimate that 1,500 to 1,600 Catholics are incarcerated in Harris County Jail alone, plus others in 26 state prison units, 10 county jails, a federal detention center and the many city jails within the 10-county archdiocese.

The state’s execution chamber is housed in a unit in Huntsville, also within the archdiocese.

Trzeciak said those who minister inside the prisons “give it all to God.”

“It’s (God), not us,” he said. “We must always give thanks to our spouses and our significant others because without their support and without their love, it wouldn’t be possible.”

In his keynote address, Archbishop Garcia-Siller focused on Pope Francis’ call for a “culture of encounter,” especially with those who are imprisoned.

“Through the outpouring of the Holy Spirit in your hearts, God continues to reach out for the most needy and the most forgotten,” he said. “Go forward with courage and hope to proclaim the love of God … to those in prison and their families.”