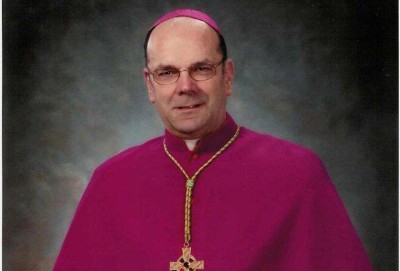 The United States Conference of Catholic Bishops serves the dioceses and eparchies (Eastern Rite Dioceses) of the United States. The goal of the conference is to deepen faith, nurture hope and celebrate life. About 300 bishops, including approximately 50 retired bishops, regularly attend the November meeting. Much of the preliminary work for the meeting, however, is done through various committees of the conference prior to the annual meeting. In recent years, the conference has established priorities as it plans for the future. The priorities include the strengthening of marriage, faith formation focused on sacramental practice, priestly and religious formation, the life and dignity of the human person and the recognition of cultural diversity. These areas will provide direction to the conference and its efforts through 2011.

The major portion of this year’s meeting was spent discussing the remaining English translations for the new Roman Missal. Following the discussions, the translations were approved by the Bishops. The accepted translations will be sent to the Congregation for Divine Worship and the Sacraments for final approval. The objective of this lengthy process, spanning a number of years, has been a single English translation, faithful to the Latin text and the teaching of the Church that will be used in English speaking countries throughout the world.

Once approved by the Holy See, an educational process to explain the Roman Missal will take place. It is my hope that our diocesan Office of Worship will coordinate this educational process for our parishes. It is very important for us to celebrate Mass and the Sacraments according to the approved texts so as not to separate ourselves from the prayer of the universal Church. Since Mass is the summit and source of our liturgical life, it is hoped that this new missal will help us deepen our faith, nurture our hope and celebrate our life as members of the Church. The publishers of the liturgical books will need about a year to have them available. We should see these new translations in use in our parish churches probably in 2011.

The second matter that received much attention was a new pastoral letter on the beauty and dignity of marriage. Entitled “Marriage: Love in the Divine Plan,” the pastoral letter offers support to married couples and affirms that true marriage can involve only a man and a woman. It is important always to recognize marriage as Christ teaches us to see it, a mirror of Christ’s love for His Church. This letter is a result of the National Pastoral Initiative for Marriage which began in November, 2004.

We received a preliminary report on a study of the causes and context of clergy sexual abuse of minors conducted by researchers at the John Jay College of Criminal Justice. Karen Terry, the principal researcher, told the bishops that early findings confirm “a steep decline” in sexual abuse after 1985. The findings also show that diocesan response to incidents of sex abuse has changed substantially over a 50 year period. The full study, commissioned by the bishops, is expected to be released in December.

Despite some of the publicity concerning the Catholic Campaign for Human Development, the subcommittee of bishops overseeing the campaign reassured the bishops and donors that “no group that opposes Catholic social or moral teaching is eligible for funding” from this domestic anti-poverty program.

Other issues discussed during the meeting included a revision of ethical and religious directives for Catholic health care services concerning nutrition and hydration for patients. A statement from the committee on pro-life activities concerning “Life-Giving Love in an Age of Technology” received overwhelming support from the bishops. There was a report on the recently concluded Synod for Africa where 17.5% of the population is Catholic. This is double the Catholic population within the past 15 years. A report on Health Care Reform was also received.

For me, one of the enjoyable elements of the annual meeting was an opportunity to meet and spend some time with the seminarians from our diocese who are studying at St. Mary’s Seminary in Baltimore and the Theological College in Washington. They are outstanding young men who deserve our prayerful support. I look forward to the day when, God willing, they will be ordained priests to serve the people of the Diocese of Syracuse. I reminded them of the special call that they have received and their need to prepare themselves well to serve the people of our diocese.

I hope this article serves as a snapshot of our meeting. The annual fall meeting is an enriching experience for all the bishops as we learn about different situations throughout the country. The conference always takes place in a prayerful and collaborative atmosphere that is sensitive to the obligations we have in the Church to strengthen faith, nurture hope and celebrate life.
Most Rev. Robert J. Cunningham
Bishop of Syracuse

Bishops remember slain El Salvador Jesuits on anniversary of murders, thank Congress for resolutions in their honor
WASHINGTON — November 16 marked the 20th anniversary of the murder of six Jesuit priests, their housekeeper and her daughter in El Salvador. On this day, Bishop Howard Hubbard of Albany, Chairman of the Committee on International Justice and Peace of the United States Conference of Catholic Bishops (USCCB) affirmed that the USCCB joins many others in “commemorating the lives and work of the six Jesuits and their collaborators.”

Some days earlier, Bishop Hubbard sent letters to Congress, thanking the sponsors and cosponsors of House and Senate resolutions (H.R. 761 and S. 321) remembering the murder and commemorating the lives of the six Jesuits and their collaborators.

In his letters, Bishop Hubbard quoted Pope Benedict XVI, in his most recent encyclical, Charity in Truth:  “Charity is at the heart of the Church’s social doctrine. … [Charity] gives real substance to the personal relationship with God and with neighbor; it is the principle not only of micro-relationships (with friends, with family members or within small groups) but also of macro-relationships (social, economic and political ones).” He went on to say: “It is precisely this kind of charity that was exemplified by the Jesuits in El Salvador — a commitment to a more just and peaceful society where the human needs and rights of people are acknowledged and respected.” He noted that their “legacy continues to be embodied in the many women and men who still seek a more just, peaceful and secure world where the life and dignity of all persons is defended.”

The letters from Bishop Hubbard can be found online at www.usccb.org.