The Blessing of Mother Marianne 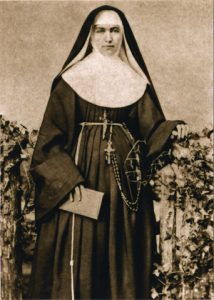 One of the many gifts of being a bishop of a diocese is to learn about its history and about those who paved the way before us. Undoubtedly, there is a lengthy list of individuals in our own diocese that used their God-given gifts to serve those most in need. Some, like our own Blessed Marianne Cope, left such an indelible mark that we continue to benefit today from their work and example.

I must admit that I knew little about Blessed Marianne Cope before my arrival in Syracuse. In recent months, I have become more acquainted with her and her life story. According to her biography, she was born Barbara Koob on January 23, 1838 in what is now SE Hessen, West Germany. In 1839, her family immigrated to the United States and settled in Utica, New York.

The Koob family became members of St. Joseph Parish and the children attended the parish school. After completing her eighth grade education, her father became an invalid and Barbara, being the oldest, went to work at a factory to support her family. She felt a calling to religious life at an early age but waited to pursue it until her younger siblings were of age to provide for themselves. At 24 years of age Barbara entered the Sisters of St. Francis in Syracuse. On Nov. 19, 1862 she was invested at the Church of the Assumption and became known as Sister Marianne. One year later, Sister Marianne made her religious profession. From that moment forward, it seemed that everything in which she became involved  would leave a lasting legacy.

Here in Central New York, two hospitals, St. Elizabeth’s in Utica and St. Joseph’s in Syracuse, were established in the late 1800’s by the Franciscan Sisters, Sister Marianne being one of them. In keeping with the Franciscan mission, these two hospitals had a unique charter to accept all those who were sick despite the then accepted societal restrictions based on nationality, race, religion or color. As nurse-administrator at  St. Joseph Hospital, Sister Marianne introduced ways to maintain sterile, clean environments so sickness did not spread. This practice would prove to be most helpful to her in her later work on Molokai.

Sister Marianne’s pioneering work in medicine was felt far beyond her Order and St. Joseph’s Hospital. Few may know that the reason for the transferal of the College of Medicine from Geneva to Syracuse was that Syracuse had St. Joseph’s Hospital which suited the needs of a medical college. This Medical College was the beginning of Upstate Medical Center. Also of note are the negotiations carried on between Mother Marianne and Dr. John Van Duyn in the early 1870s for incoming medical students of the Medical College at Syracuse University to receive clinical instruction. Mother Marianne continued making innovative plans with the medical community for several years. During her term of office as the Provincial Superior of her Order, a leading Protestant clergyman visited patients at St. Joseph’s Hospital and was inspired to begin Good Shepherd Hospital, the second hospital in Syracuse. Our community owes much to Mother Marianne’s vision and leadership.

In reflecting on her life, it seems to me that God was preparing Mother Marianne for the last chapter of her life in Hawaii.  The skills she honed while in administrative positions for her Order and her leadership in the medical community made her open to a request to set up a system of hospital nursing in the Hawaiian Islands. No other religious order heeded the call. She wrote: “I hope that Fr. Provincial’s good heart will approve my wish to accept the work with leprosy patients in Hawaii in the name of the great Saint Francis.”

Leaving their lives in Syracuse, Mother Marianne and six sisters traveled to the Hawaiian Islands by train and boat to begin a life of missionary service without fear of ever contracting the disease. From the moment the sisters arrived, the lives of those suffering with leprosy were deeply touched. Mother Marianne and her sisters took charge of the leprosy hospital, established a general hospital, and built a home for daughters of leprosy patients. She came to know Father Damien DeVeuster, canonized last year, who worked with the lepers on the settlement at Molokai. When he fell victim to the disease himself, it was Mother Marianne who cared for him and later assumed caring for the lepers on Molokai.

For 35 years, she loved and cared for those suffering from leprosy when all others shunned them and treated them as outcasts.  She became their mother and drew much strength and grace from their love. She looked for no reward, stating, “I do not think of reward; I am working for 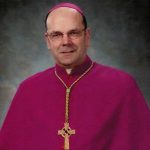 God, and do so cheerfully.”

Mother Marianne died of natural causes on Aug. 9, 1918 at the age of 80 years old. She never looked for accolades or honors, “I do not expect a high place in heaven. I will be very grateful to have a corner where I can love God for all eternity.”

The Congregation for the Causes of Saints declared Mother Marianne heroically virtuous in 2003 and on April 19, 2004 Pope John Paul II issued the decree officially naming her Venerable.  After authenticating a miracle attributed to the intercession of Mother Marianne, she was beatified on May 14, 2005. Another verified miracle will lead to her canonization making her the first canonized Saint of Syracuse!   As I prepared this article, I recalled the Gospel reading for the day, the cure of the leper. The story recounts how Jesus “stretched out his hand and touched” the leper, thus healing him. During her long life, Mother Marianne stretched out her hand and her heart to the outcast, to those on the fringes of society and to those unwelcomed in many circles. This is not only a rich legacy but a challenge to all of us. May we follow her example.

On Jan. 23, I will be with the Sisters of St. Francis celebrating a Mass in honor of Blessed Marianne’s Feast Day. As the Bishop of Syracuse, I am grateful to learn of the fullness of her heroic virtue and the vast contributions she has left all of us in the Diocese of Syracuse and in the Universal Church. Please join me in making her feast day a celebration in the hearts of all people.
Most Rev. Robert J. Cunningham
Bishop of Syracuse

Bishops call on parishes to help prevent abortion
funding
WASHINGTON — In a nationwide call to Catholics to prevent health care reform from being derailed by the abortion lobby, the United States Conference of Catholic Bishops has sent bulletin inserts and pulpit announcements to almost 19,000 parishes across the country.

“As long-time advocates of health care reform, the U.S. Catholic bishops continue to make the moral case that genuine health care reform must protect the life, dignity, consciences and health of all, especially the poor and vulnerable,” the insert says. “Health care reform should not advance a pro-abortion agenda in our country.”

As Congress negotiates a final health care bill, the insert encourages Catholics to contact their Senators and Representatives, urging them to keep longstanding restrictions against federal funding of abortion and full conscience protection in the legislation. If these criteria are not met, Catholics are asked to urge Congress to oppose the final bill.

The bulletin insert and pulpit announcement can be found in English and in Spanish at www.usccb.org/healthcare. Catholics can contact their legislators online by going to www.usccb.org/action.