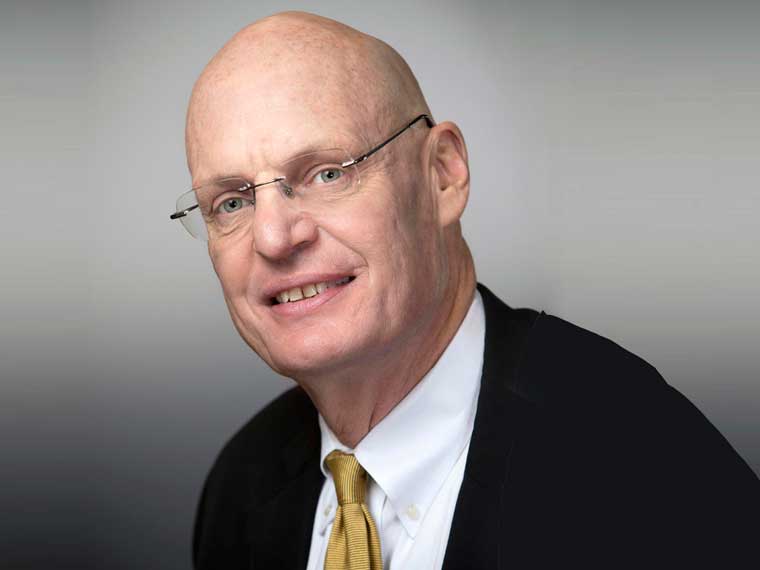 The Foundation has found its maestro.

Timothy J. Mahar, of Baldwinsville, has been hired as the first Executive Director of the Foundation of the Roman Catholic Diocese of Syracuse.

He is excited about promoting it this month on Syracuse Catholic Television, the diocese’s YouTube channel.

The viewers will note his bubbly personality and his ease in front of the camera; his four-page resume features not only extensive fundraising experience in the world of academia but also TV, radio, and film credits.

Performance was his passion once, but now he sees himself as the Foundation’s orchestrator.

“Life is improvisation,” Mahar said in his office in the former Cathedral Academy building in Syracuse. “Life is all about improv. Life is reacting to the information that you’re given. That’s all. Improvising is more about listening and taking in information and processing it and reacting to it.”

The Foundation was established in 2011. With the announcement of Christopher (Kit) Parker’s retirement as Director of the diocesan Office of Stewardship and Development, all diocesan fundraising, stewardship, and development was transferred to the Foundation, effective July 1, 2016.

As a result, a new operating structure was created, necessitating the hiring of an Executive Director of the Foundation. Parker, who has been with the diocese for 16 years, will remain until June 30, 2017, to assist in the transition and to train Mahar.

Aims of the Foundation include philanthropy, fundraising, and fund distribution. Recipients include the Cathedral Restoration Fund; parish food banks; students who receive scholarships for Catholic elementary and secondary schools in the seven-county diocese; Catholic Charities; and the Annual HOPE Appeal.

Parker said Mahar, who at 6 feet 4 inches has a towering presence himself, was hired to bring the Foundation to a new level. “Tim is a very active man,” Parker said, adding that the new hire is experienced, relatable, willing to establish relationships with people, and quick on his feet.

The Foundation currently is responsible for about $40 million worth of funds. Mahar will identify and recruit new donors and new gifts. In that role, Parker said, Mahar will be “the face of the Foundation.” It’s a happy face.

For one thing, Mahar is delighted that his new office is downstairs from the old Cathedral Academy basketball court where his late father, Thomas, played for the varsity basketball team under the coach, Bishop Frank Harrison. Tim’s father also played baseball and football for the school. His late mom, Patricia, went to nearby Central High School.

Mahar is also glad that his fundraising job aligns with his faith, which is very important to him. He is a member of St. Margaret Church in Mattydale, where he has coached the elementary school’s basketball team since 2011. His son Aidan is a sixth-grader there. His other son, Liam, is a freshman at Bishop Ludden High School, where he plays for the varsity soccer team and the junior varsity basketball team. Tim met his wife, Mary Pat, when they both worked at The Post-Standard in Syracuse.

He graduated from Marcellus High School and then received his bachelor of science degree in speech communication and his master’s degree in public administration from Syracuse University.

Such a background, Mahar said, dovetails with his new assignment: In the past he worked with colleges within overarching universities; now he is working with parishes within an overarching diocese in order to benefit individuals directly.

“The Foundation is important to support all the entities of the diocese in a comprehensive way,” Mahar said.

Part of his background is in conflict resolution and team building, and Mahar looks forward to helping parishes “create volunteers to keep our next generation of Catholics connected and invested.”

He intends to expand the Board of Trustees, which currently has nine members. The Board meets regularly and it annually makes a decision on distribution from the specific funds. They can support specific schools, specific parishes, programs, or the general funding of the diocesan budget.

Mahar also intends to help parishes with fundraising initiatives; to support priorities set forth by the Board and Bishop Robert J. Cunningham; and to establish “a culture of philanthropy.”

Mahar has kept his skills sharp as a corporate trainer. He recently taught hostage negotiators about improvisation and negotiation in crisis management.

“I’m all about promotion and growth,” he said.

Tune in this month to watch the Foundation’s orchestrator on Syracuse Catholic Television: www.youtube.com/syrdio.