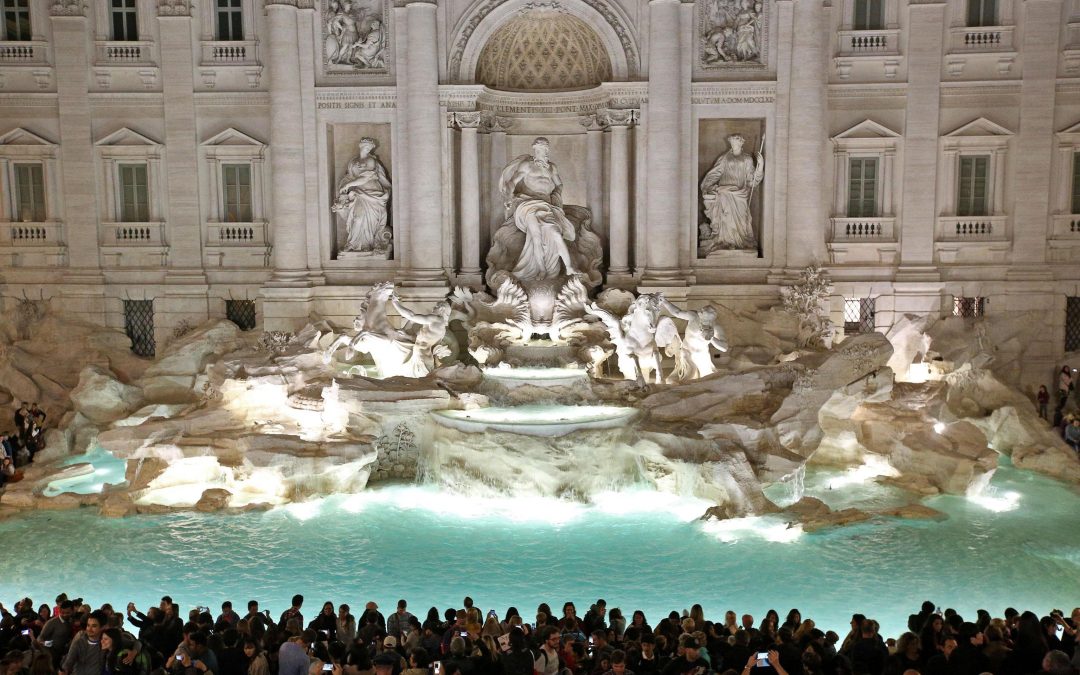 VATICAN CITY (CNS) — While millions of tourists throw a coin over their shoulder into Rome’s Trevi Fountain hoping to return to Rome one day, the money scooped out of the fountain each week offers more concrete hope to the city’s poor.

Rome’s city council extended an agreement March 29 with Caritas Rome to entrust it with the tourists’ coins to provide food and shelter to the city’s poor and needy.

Each day countless tourists from around the world squint their eyes, make a wish and toss thousands of dollars’ worth of coins into the fountain; the money is then collected by city workers using high-powered vacuums.

According to Caritas Roma, an estimated 1.4 million euros ($1.7 million) worth of coins were tossed into the famed fountain in 2016.

Although the Catholic charitable organization has been entrusted with the fountain’s profits for 20 years, the city council was considering canceling its agreement and instead using the money to help fund various projects in the financially strapped city.

However, the city council delayed its decision and the charity will continue receiving the fountain’s revenue stream at least until Dec. 31, Caritas Roma said in an April 3 press release.

The decision was welcomed by Msgr. Enrico Feroci, director of Caritas Rome, saying it “concretely expresses the solidarity of the whole city of Rome toward those who suffer and are disadvantaged.”

By trusting Caritas Rome with the money collected from the Trevi Fountain, he added, the Rome city council has recognized that the Catholic charity has a special and unique history in the city in “reaching out and encountering the most diverse forms of poverty,” particularly in serving the homeless, the elderly, migrants and struggling families.

“Responsibility, transparency, a spirit of service and witness: These are the attitudes that have guided us in these years in which the city of Rome has entrusted the proceeds of the Trevi Fountain coins to Caritas,” Msgr. Feroci said.

While many tourists make a wish to return to the Eternal City one day, Msgr. Feroci said the funds they unknowingly contribute allow them to join the Catholic charity in becoming “protagonists of change” for the city’s poor.

“This is the spirit with which Caritas will continue the management of the Trevi Fountain coins,” he said.